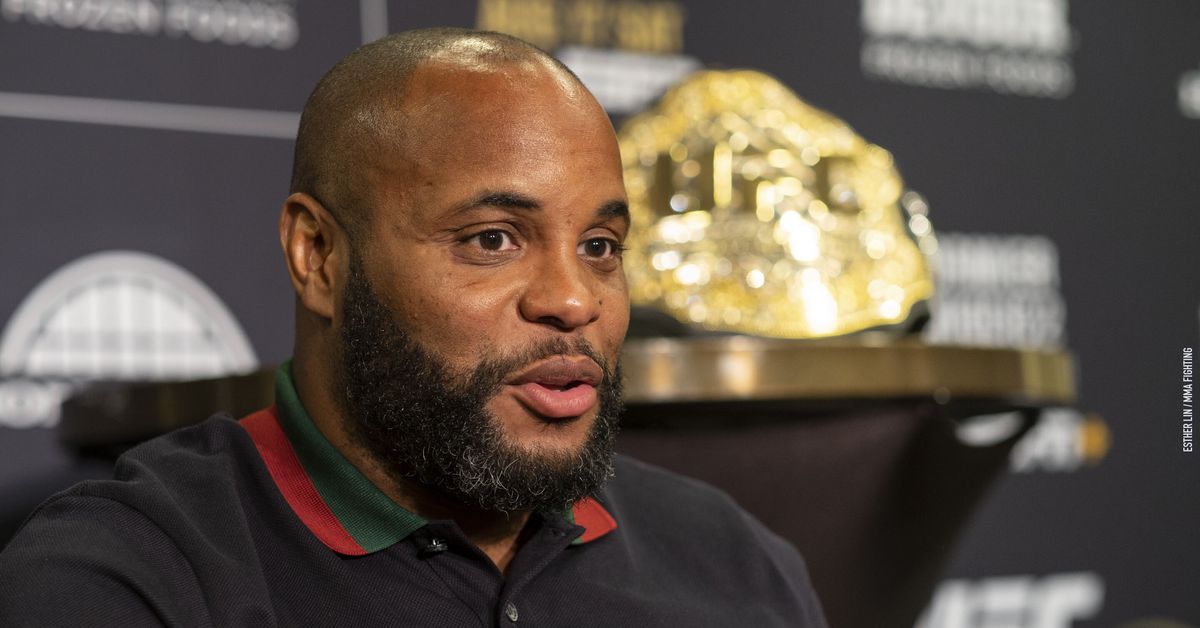 Daniel Cormier was leaning towards Ciryl Gane as the male Fighter of the Year, but he’s found a compelling case to be made for Kamaru Usman.

During a segment on ESPN, Cormier explained why the UFC welterweight champion deserves to be recognized as the top fighter of 2021 — a statement that is a pivot from Cormier previously stating the award should go to Gane. He cited Usman’s quality of competition and method of victory as the reasons for why he changed his mind.

“I did the weigh-in show a couple of weeks ago and honestly, I picked Ciryl Gane,” Cormier said. “Because Ciryl Gane beat [Alexander] Volkov, he beat Jairzinho Rozenstruik, and then he won the interim championship to put himself in that fight with Francis Ngannou. So I had picked him, but then when I started to think about it and I think who Kamaru has beaten, how Kamaru has beaten them — we don’t get champions like Kamaru Usman who are as dominant and as long-reigning as he is that fight as often. But we should because if you’re that far ahead of the competition, why not collect the checks? Why not continue to dominate? Why not continue to go in there?

“Because think about this, he knocked out Gilbert Burns in two rounds. He knocked out Masvidal in two rounds. And then he had to go to war with Colby Covington, but you don’t get to fight Colby Covington over and over and over again. So if everybody else you can get out of there pretty quickly, why not continue to go out there and get your money? Kamaru Usman this year has not only defended the belt three times but he’s also made a jump in terms of his profile, his visibility, his marketability.

“Everything is at a new level for Kamaru Usman and that is only because he went out there and knocked out ‘Street Jesus’ bad. He beat a guy many consider 1A in Colby Covington again. And he also knocked out his former training partner after being hurt. Fantastic year for the champ, ‘The Nigerian Nightmare’ Kamaru Usman. That’s my pick.”

On the other side of the table, host Ryan Clark told Cormier that his choice for Fighter of the Year is lightweight champion Charles Oliveira. “Do Bronx” claimed UFC gold earlier this year with a win over Michael Chandler and then successfully defended it against favored challenger Dustin Poirier.

Cormier noted that fans and media were spoiled for choice when it came to picking this year’s best male fighter and that Oliveira is a more-than-worthy option.

“It’s so crazy whenever you think about how I want to give it to Usman, but then you start to tell Do Bronx’s year and you’re like, ‘Wow.’ Maybe the guy that we didn’t expect to be here because Usman was already here last year but Charles Oliveira, he’s not that guy anymore that quits. So y’all can all let that go. If you’re his opponent, you think that you’re gonna break him, you have completely lost your mind. This dude is an absolute killer.

“Like I said, ‘The Brazilian Superman.’ ‘Clark Kent’ hit the octagon steps, dude turns into Superman. Jon Anik said, ‘That’s why they play the game.’ They play the game for [Julianna Pena] doing what she did and Charles Oliveira showing he’s the best lightweight by finishing Dustin Poirier.”