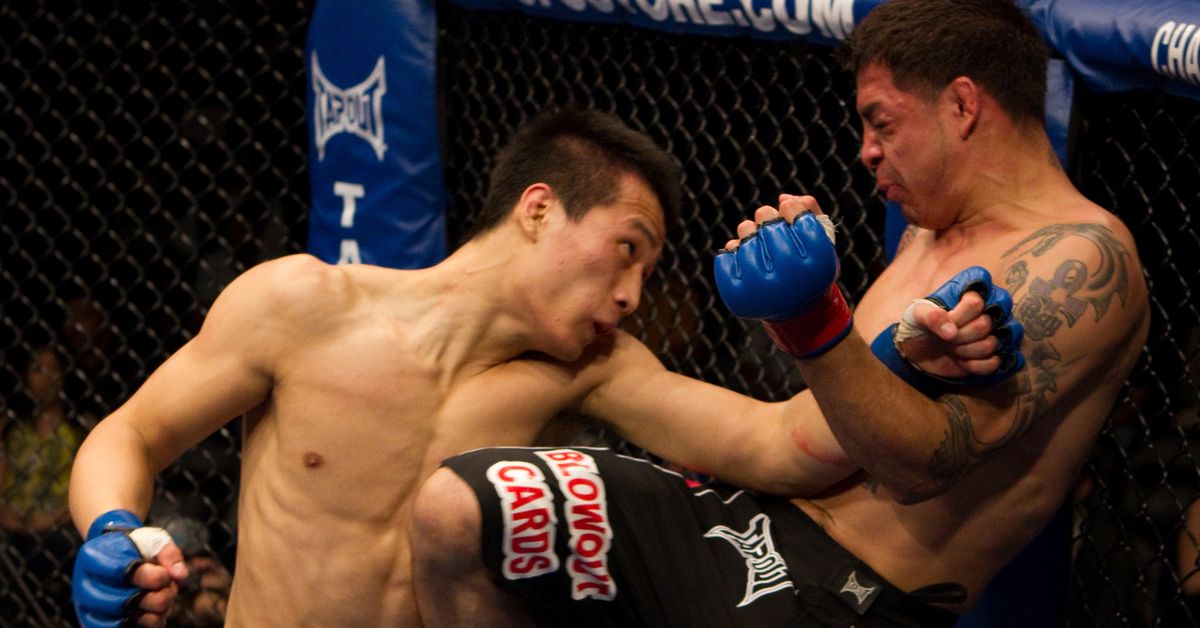 Of course Chan Sung Jung introduced himself to the wider MMA world with a ‘Fight of the Year’ classic. There could be no other way.

“The Korean Zombie” was an unknown and unheralded prospect when he landed on the undercard of WEC 48 in his promotional debut in April 2010. The man greeting him for that stateside debut was supposed to be Cub Swanson, however a last-second injury forced Swanson out of the picture, and in stepped Leonard Garcia, a former WEC title challenger and fan favorite best known for his eagerness to suck opponents into all-out brawls.

In retrospect, it was a match made in heaven.

Serving as the undercard lead-in to WEC’s first and only pay-per-view, Garcia and “The Korean Zombie” lit Sacramento’s famed ARCO Arena on fire, staging an instant classic and introducing the MMA populace to Jung’s existence in the most fitting of ways.

Catch full fight video of Garcia vs. Jung above to relive one of the best fights of 2010.

Mike Perry to act as back-up for Tommy Fury in Jake Paul fight
Car hits McGregor’s bike, ‘could’ve been dead’
‘When he hits you, it’s different’: What it’s like facing the KO power of Derrick Lewis
Sources: Holloway to return vs. Allen on April 15
How Blagoy Ivanov cheated death to become a UFC contender