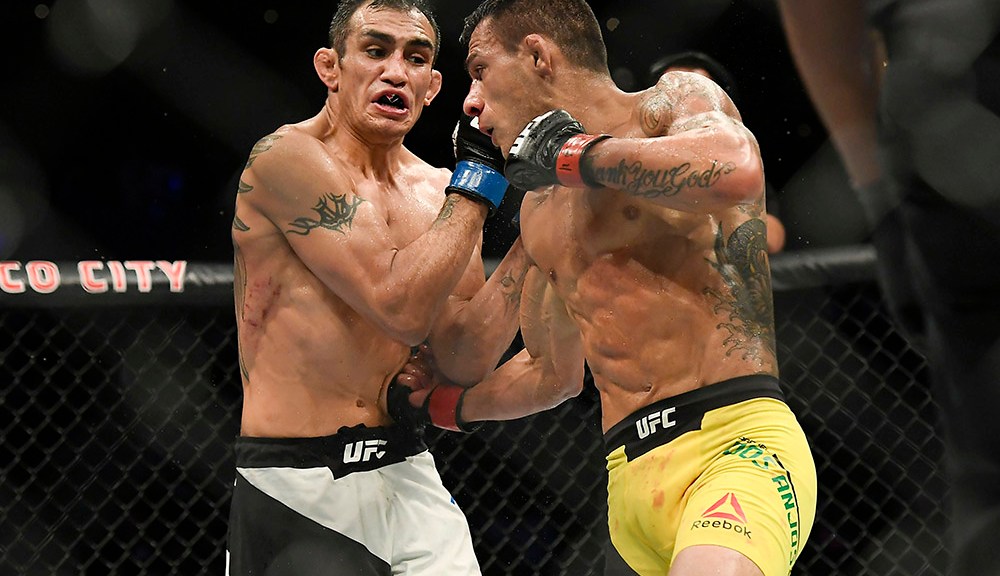 Rafael dos Anjos wants revenge on the last man to beat him in the lightweight division.

Dos Anjos (31-13 MMA, 19-11 UFC), a former UFC titleholder at 155 pounds, returned to the division where he held gold in November 2020 and earned a split decision victory over Paul Felder. He’d spent his previous eight fights at welterweight, citing the weight cuts were becoming too much.

The Brazilian has made adjustments to allow himself to fight consistently at lightweight, though, and after taking all of 2021 off to deal with health and injury issues, dos Anjos in targeting a February return.

Dos Anjos is seeking a rematch with Tony Ferguson at UFC Fight Night on Feb. 19. The pair first met at UFC Fight Night 98 in November 2016, with Ferguson (25-6 MMA, 15-4 UFC) earning an exciting unanimous decision win that shipped dos Anjos off to 170 pounds.

More than five years later, dos Anjos wants to run it back (via Twitter):

@TonyFergusonXT do you have plans for February 19? I gave @ufc green light on my end.

Ferguson is not currently enduring the best days of his fighting career. After going on a 12-fight winning streak in the octagon, “El Cucuy” has dropped his past three bouts, albeit to elite-level competition in Justin Gaethje, Charles Oliveira, and Beneil Dariush.

The 37-year-old recently said he’s targeting a return to action, and dos Anjos is volunteering to be his foe.