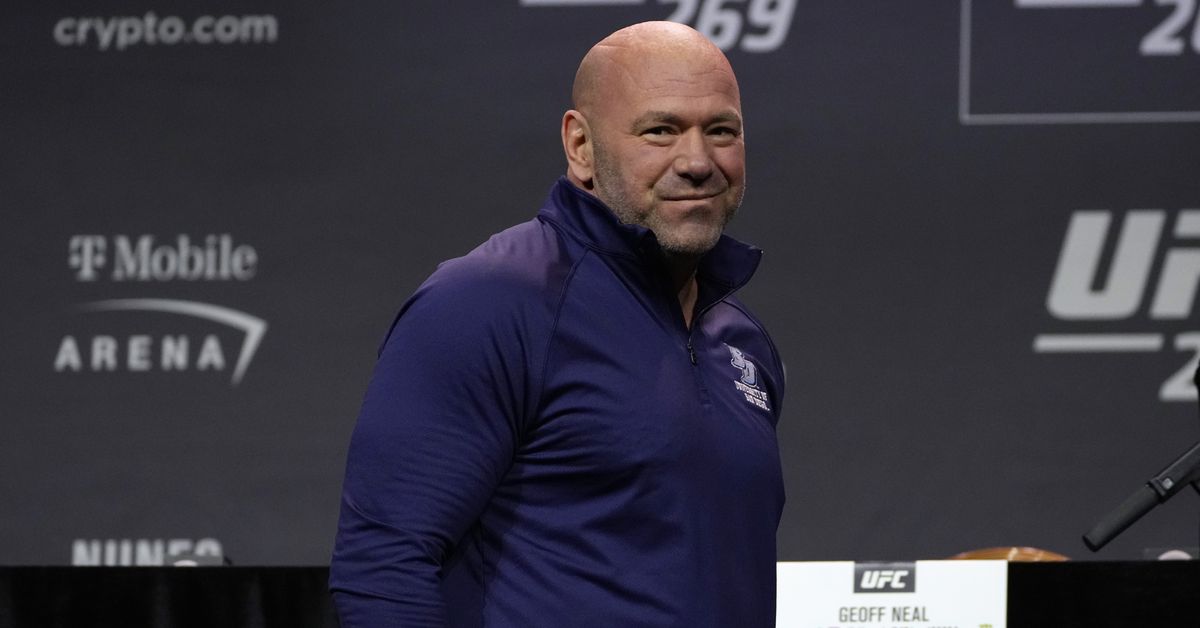 Dana White saw what Jake Paul had to say about his business — and the UFC president dropped a New Year’s Day rant of his own on the 5-0 pro boxer in response.

On Saturday, Paul laid out a list of demands for White in which he promised to retire from boxing and head over to the UFC for a one-off fight against Jorge Masvidal in exchange for White increasing fighter pay and offering long-term health care. In doing so, the YouTube star responded to White’s earlier challenge in which he allowed Paul to cocaine test him for the next decade if he can test Paul for steroids over a two-year span.

White took to social media himself Saturday evening to remind Paul of his initial challenge, while also giving his thoughts on Paul’s negotiation tactics.

“You never responded to the challenge,” White stated. “You publicly stated that I use cocaine. I do not. So I told you [that] you could randomly cocaine test me for the next 10 years. I believe that you’re a cheater and I believe that you use steroids, so I want to randomly steroid test you for the next two years. And that thing that you came out with today, nobody on Earth thinks that you really wrote that. You’re too stupid. And for those of you that don’t know — if you’ve ever watched one of his fights and you see the staredowns, the guy that’s standing in the middle with the warlock nose and the big wart on his face, apparently that’s his manager.

“That guy used to be an accountant for me. And let me say this, he no longer works for me and I think he’s a scumbag. But if you two think you can do it better than we do, [that] we’re doing the whole thing wrong and you’re treating fighters better than we do, knock yourself out. Go start your own business, it’s easy to do. Get the warlock on it. The warlock can get it started for you.

Following his recent victory in December — a vicious sixth-round KO of former UFC welterweight champion Tyron Woodley — Paul told MMA Fighting during the post-fight press conference that he felt he “embarrassed” White and the UFC by stopping Woodley. He also hoped White would allow Masvidal, Diaz, McGregor, and even current 170-pound champ Kamaru Usman to head on over to the boxing world.

White has stated on multiple occasions he has no interest in any UFC fighter boxing Paul while under contract with the promotion.

Demetrious Johnson Names What Separates Him From Other GOAT Contenders
UFC Uruguay Media Day Staredowns – MMA Fighting
Bellator 290 predictions
Luke Rockhold rips Jake Paul fighting Tommy Fury: ‘He’s about as much of a boxer as I am a cricket player’
Conor McGregor ARRESTED on the way to gym!