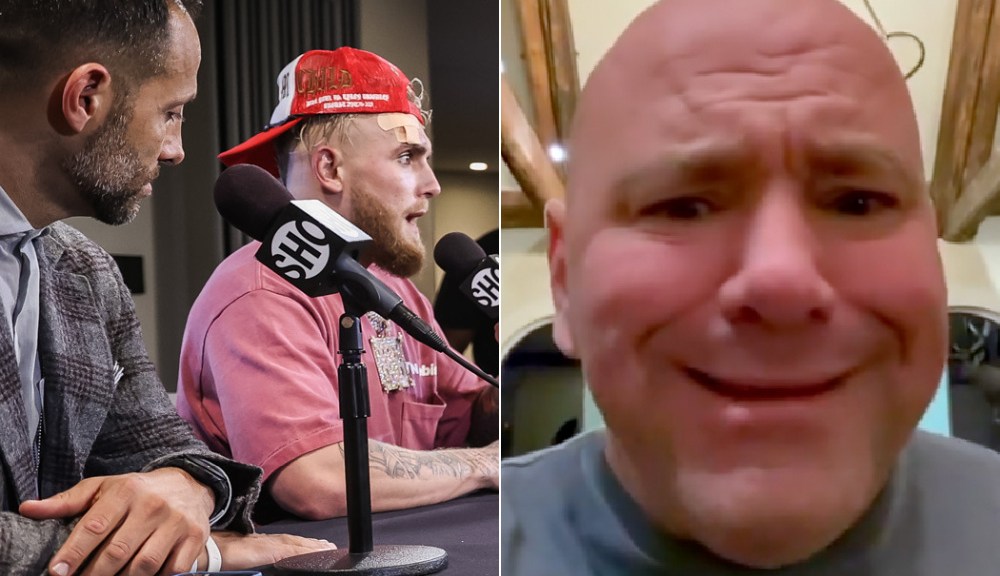 On Saturday, Paul came out with a list of demands for the UFC president, who earlier in the week declined claims he uses cocaine and questioned whether the YouTuber-turned-boxer is using performance-enhancing drugs.

Paul’s demands largely centered around fighter pay. He said if White boosted the minimal payout for athletes and increased revenue share, he would enter the UFC’s drug testing program under the U.S. Anti-Doping Agency (USADA) and subject himself to random testing ahead of a one-off UFC fight against Jorge Masvidal.

Needless to say, White isn’t biting on that offer.

White took to social media on Saturday evening and posted a video response to Paul. He repeated his previous offer to Paul, but then in addition went in on his boxing career, criticized his advisor, Nakisa Bidarian, who is the former UFC CFO and dared the pair to enter the MMA promotion game if they think the athletes deserve more (via Instagram):

You never responded to the challenge. You publicly stated that I use cocaine. I do not. So I told you, you could randomly cocaine test me for the next 10 years. I believe that you’re a cheater and I believe that you use steroids, so I want to randomly steroid test you for the next two years. And that thing that you came out with today, nobody on earth thinks that you really wrote that. You’re too stupid. And for those of you that don’t know, if you’ve ever watched one of his fights and you see the staredown, the guy that’s standing in the middle with the warlock nose and the big wart on his face, apparently that’s his manager. That guy used to be an accountant for me and let’s just say this: He no longer works for me, and I think he’s a scumbag. But, if you two think that you can do it better than we do, we’re doing the whole thing wrong and you’re treating the fighters better than we do: Knock yourself out. Go start your own business. It’s easy to do. Get the warlock on it. The warlock can get it started for you. What you and the warlock should be focused on is your business. You’re tanking. You can’t sell pay-per-views. You’re calling out Jorge Masvidal because he’s a pay-per-view superstar. Nate Diaz, Conor McGregor, Mike Tyson – these are all superstars. You’re not. You can’t sell pay-per-views. So you do whatever the hell you want to do. I’m ready to roll, buddy. I don’t use cocaine. Do you use steroids? Let’s do this Jake.

Paul has yet to offer a rebuttal to White, who wants to steroid test Paul randomly for two years while opening himself up to random cocaine testing for a decade.

The back-and-forth between Paul and White in the media has been going on for nearly a year, and things are only intensifying as time wares on.