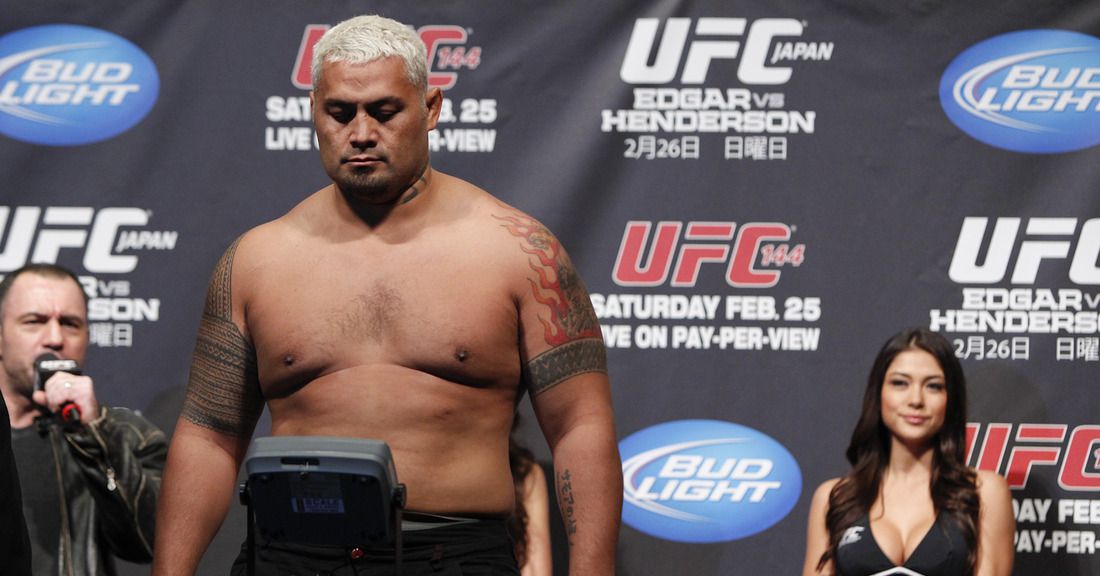 Mark Hunt has been dealt a major blow in his ongoing legal battle with the UFC and he has a fiery response for his former bosses.

The former UFC heavyweight contender has been ordered by the United States District Court in Nevada to pay $388,235 in attorney fees and costs to his former employer, according to “Hunt vs. ZUFFA” court documents recently made public from a ruling in March 25, 2021 (h/t Combat Sports Law).

Shortly after news of the ruling began to circulate, Hunt took to social media to refute the notion that he will have to pay the fee and to challenge UFC President Dana White and former UFC executives Lorenzo and Frank Fertitta to a fight with unique stakes.

Hunt suggests that should the three men beat him, he will drop the remainder of his lawsuit; should he win, he wants to see the UFC pay fighters who have grievances with the promotion:

The March ruling marked the resolution of a motion filed by the UFC in December 2019 in which Zuffa attorneys cited a clause in Hunt’s promotional agreement where the plaintiff is responsible for paying the legal fees of the prevailing party (in this case, Zuffa and the UFC) in the event of an unsuccessful lawsuit.

Hunt, 47, and the UFC have been embroiled in a legal conflict since 2017, stemming from Hunt’s fight against Brock Lesnar at UFC 200 in July 2016. Lesnar defeated Hunt by unanimous decision, but that result was later overturned to a no-contest by the Nevada Athletic Commission when it was revealed that Lesnar had tested positive for clomiphene in both in- and out-of-competition tests.

That violation prompted Hunt to claim that the UFC knowingly hid the results of Lesnar’s test and subsequently file a RICO lawsuit against Zuffa and the UFC, alleging conspiracy to commit a crime related to racketeering, fraud, false pretenses, breach of contract, breach of covenant of good faith and fair dealing, negligence, and unjust enrichment. The majority of these charges were dismissed in Nevada court in February 2019, while the remaining charge of breach of the implied covenant of good faith and fair dealing was dismissed the following November.

However, in September 2021, Hunt’s team took their case to the U.S. Court of Appeals for the Ninth Circuit, and after a successful appeal, they are heading back to court to address the lawsuit’s claims of fraud and battery. This is likely one reason why Hunt scoffed at the news that he will have to pay the six-figure legal fees, though the March 2021 ruling declared the order was not premature.

The matter was addressed by U.S. District Judge Jennifer A. Dorsey in Section 1A of the court documents:

Generally, a prompt ruling on attorneys’ fees “best serves the policy against piecemeal appeals,” “prevent[s] hasty consideration of post[-]judgment fee motions,” and minimizes the concern that the “relevant circumstances will no longer be fresh in the mind of the district judge.”

While I appreciate Hunt’s professed desire to conserve judicial resources and prevent “the time-consuming task of determining a proper fee award” should he win his appeal,[10] I find that the efficient disposition of this matter is best served by my resolution of UFC’s fee motion. So, I deny Hunt’s request to defer ruling on UFC’s motion until after appeal.

Following his fight with Lesnar, competed five more times for the UFC, going 1-4 in those appearances. He completed his contract with the promotion in December 2018 but has not competed in MMA since.