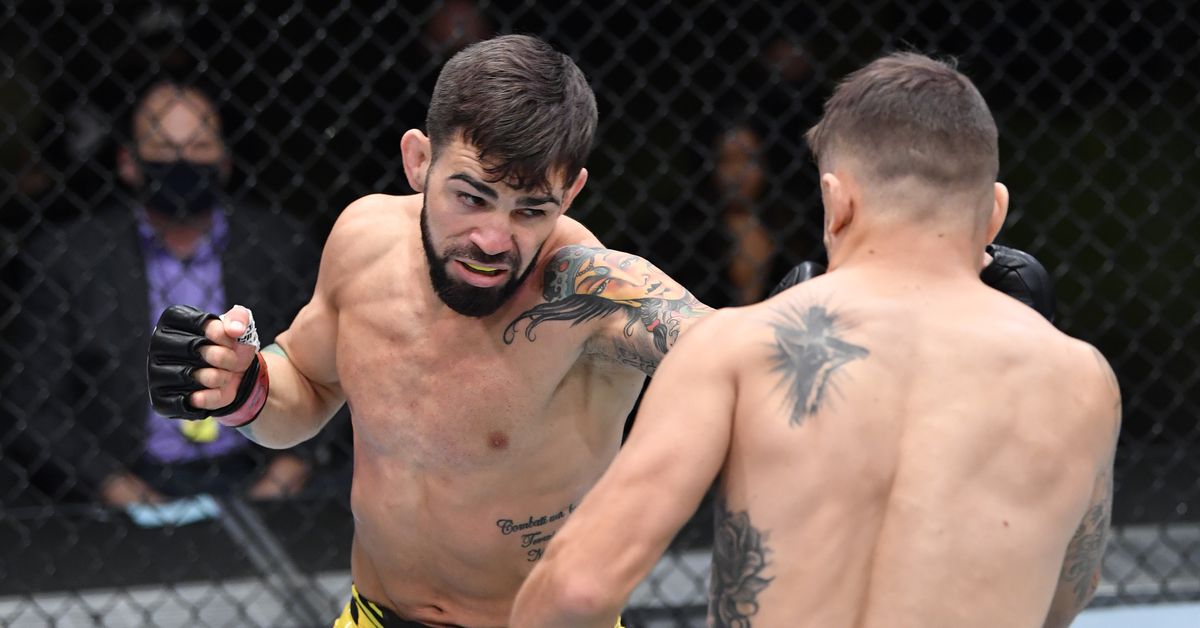 Brazilian flyweight Bruno Silva will be sidelined for a few months after undergoing right ankle surgery, he told MMA Fighting on Monday.

“Bulldog” is expected to go under the knife this week to fix what he described as “loose ligament.” He said he should be cleared to return in the second half of 2022.

Silva (12-5-2, 1 no contest) is coming off consecutive bonus-winning UFC knockouts in appearances again JP Buys and Victor Rodriguez over a two-month span in 2021. He bounced back from a three-fight skid in the promotion.

A former bantamweight contestant on The Ultimate Fighter: Brazil 4 in 2015, “Bulldog” wants to land a big fight upon his return to the cage. Silva called out former champion Cody Garbrandt following his most recent victory this past May.

“I really wanted to fight a top-15 or a top-10 [opponent],” he said. “But I’ll be sidelined for a while, so I can’t demand anything. But I do hope to face a ranked opponent.”