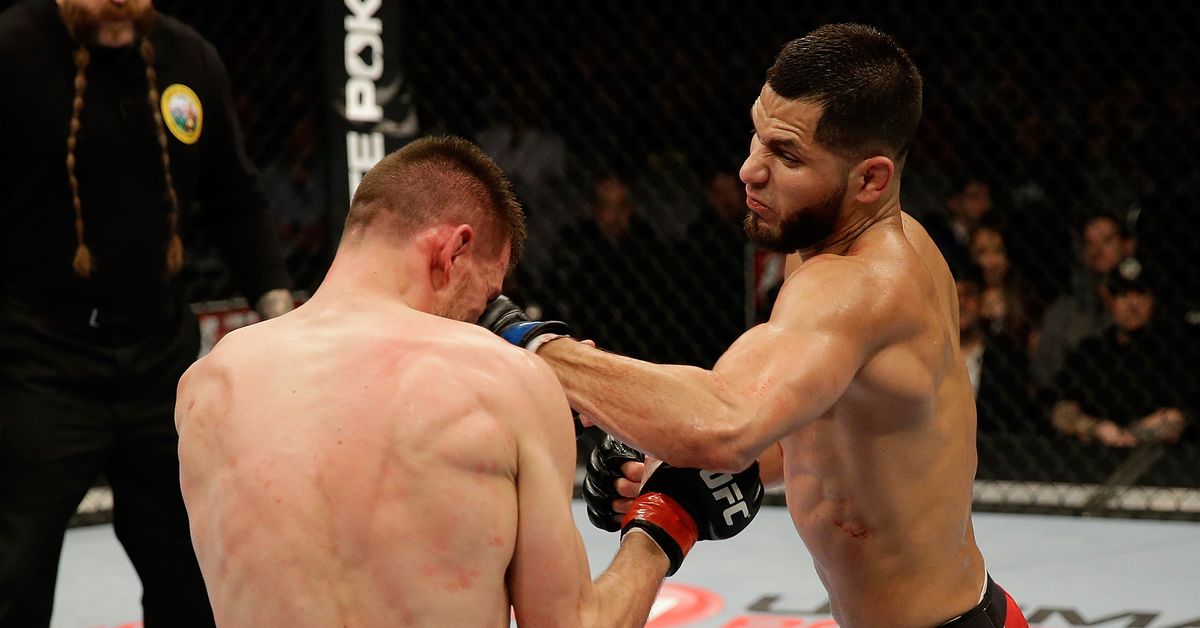 “Street Jesus” and baptisms may not have been on the menu back when Jorge Masvidal made his UFC debut in 2013, but he still lived up to every ounce of his famed “Gamebred” moniker.

Masvidal was only 28 years old when he joined the UFC as part of the promotion’s acquisition of Strikeforce. Though he’d only been under the Strikeforce umbrella for a few short years, he’d already built a reputation for himself as a tough-as-nails 155-pounder with wins over Billy Evangelista, K.J. Noons, and Justin Wilcox, as well as a competitive back-and-forth loss to then-Strikeforce lightweight champion Gilbert Melendez.

Welcoming Masvidal to the octagon at UFC on FOX 7 was another lightweight with a proclivity for violence and reputation of being an extremely tough out: “The Dirty Bird” Tim Means.

Looking back, neither man probably expected to still be competing against the world’s best nine years later, but few could’ve predicted the remarkable rise Masvidal would eventually experience with his trio of wins over Darren Till, Ben Askren, and Nate Diaz in 2019.