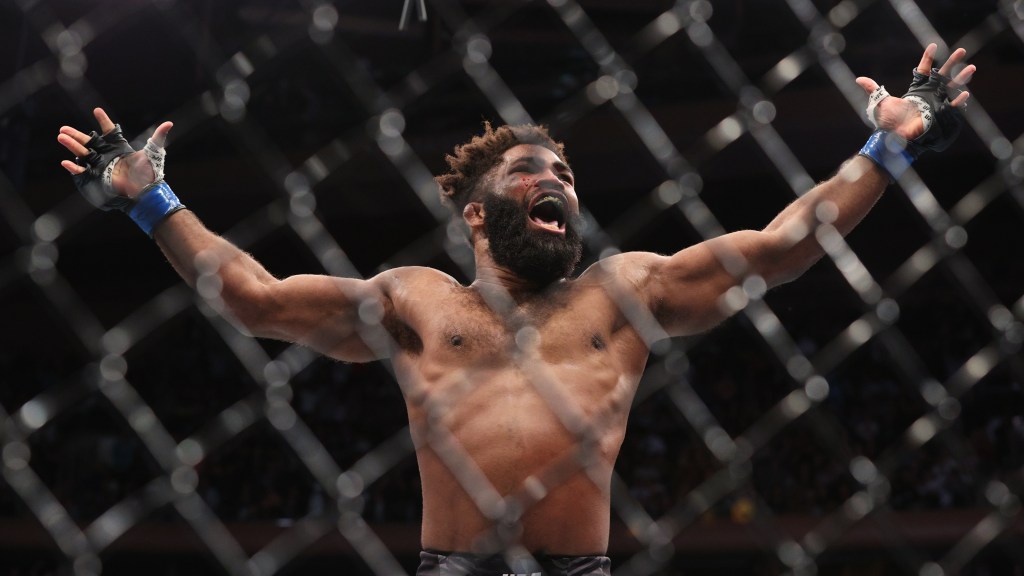 Making the UFC would’ve been a remarkable comeback, but Chris Curtis went above and beyond to overcome even bigger obstacles.

Three months ago, he wasn’t even on the UFC roster. Now at the start of 2022, Curtis (28-8 MMA, 2-0 UFC) already has two wins in the promotion, both by knockout and both as an underdog, under his belt.

After 12 years of fights across the globe, Curtis finally put his name on the dotted line of a UFC bout agreement on short notice, up a weight class. Although the original bout was canceled, Curtis was kept around for a rebooking when the matchup against Phil Hawes was preserved and moved to UFC 268, one of the promotion’s biggest pay-per-views of the year.

After he absorbed some damage in the opening minutes, Curtis connected with a big strike that put Hawes on roller skates. The momentum immediately shifted. Curtis finished the fight in Round 1 and Madison Square Garden exploded.

Less than one month later, Curtis had another fight on the books. He stepped in once again on short notice, this time against highly-touted Brendan Allen at UFC on ESPN 31. An even bigger underdog than in his debut, Curtis finished Allen with punches in Round 2 – his second upset in 28 days.

Curtis, 34, currently rides the momentum of a seven-fight winning streak – a far cry from the three-fight losing skid he had in 2019. After multiple retirements and upsets, Curtis has turned his career around as he lives out a dream. Because of this, Chris Curtis is MMA Junkie’s 2021 Comeback Fighter of the Year.

After a rough 2020 campaign that landed him 2-5 in his previous seven, Gerald Meerschaert stormed back in 2021 with a perfect 3-0 record. All three of the fights he ended by submission with a quick win over Bartosz Fabinski and come-from-behind victories against Makhmud Muradov and Dustin Stoltzfus.