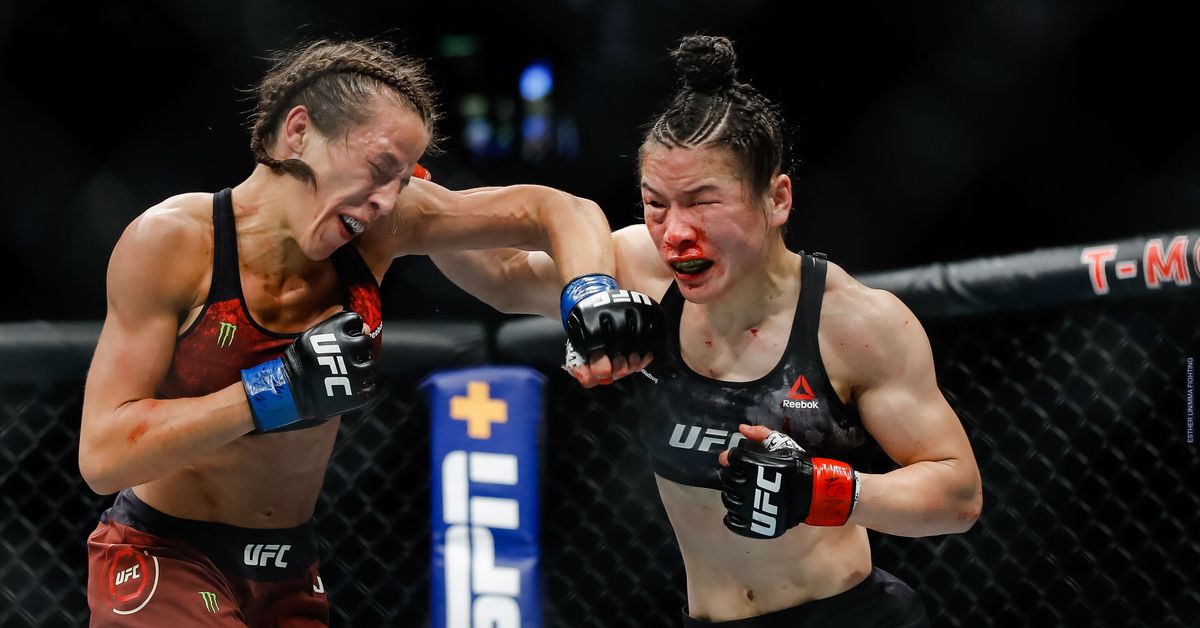 Joanna Jedrzejczyk looks to reclaim her throne in the strawweight division and hopes she will return to action in the UFC this year.

The former champion hasn’t fought since March 2020 when she lost a razor-close split decision to Zhang Weili in a back-and-forth war voted “Fight of the Year.” Following that loss, Jedrzejczyk took time off, making a number of appearances at home in her native Poland. But it appears she’ll be back in the octagon sooner rather than later.

During an appearance on Kanal Sportowy in Poland, Jedrzejczyk revealed she’s currently targeting a rematch against Zhang for her first fight back in the UFC, though no timeline has been determined for her return.

“Everyone thinks I’m not in the UFC anymore,” Jedrzejczyk said. (transcription via Sport.pl) “I am, I just dropped out of the ranking, because I haven’t fought for a dozen or so months, but I’m coming back and fighting [the No. 1 contender]. It will probably be Zhang Weili.”

According to Jedrzejczyk, she spoke to UFC President Dana White about her next fight and apparently was offered the opportunity to sit and wait until late 2022 for the winner of the proposed title bout between reigning champ Rose Namajunas and Carla Esparza.

While no date has been booked yet, Namajunas and Esparza are expected to clash in the first half of the year in a rematch after they first met at The Ultimate Fighter 20 finale back in 2014. On that night, Esparza earned a submission win to become the inaugural UFC strawweight champion, and more than seven years later, Namajunas will seek revenge while putting her title up for grabs.

Of course, Jedrzejczyk would love nothing more than to jump right into title contention. But she said waiting that long to compete again just doesn’t make much sense, which is why she likes the idea of running things back with Zhang.

“I thought it might be Carla Esparza, but [it’s] confirmed that she is the next to fight the championship,” Jedrzejczyk said. “Somewhere there is [Maria] Rodriguez, who also fights Yan [Xiaonan] in March, and [then it] becomes Zhang Weili. I don’t see any other fight. Just going for the belt.

“Dana [White] made me an offer to fight for the championship, but I would have to wait until November-December and I don’t want to wait. I want to fight.”

Prior to this latest news, Jedrzejczyk detailed how she was coming up to the end of her current contract with the UFC and was only interested in a couple of potential fights to compete again.

Zhang was always on that list, and now, it appears Jedrzejczyk is ready to pull the trigger on her return.