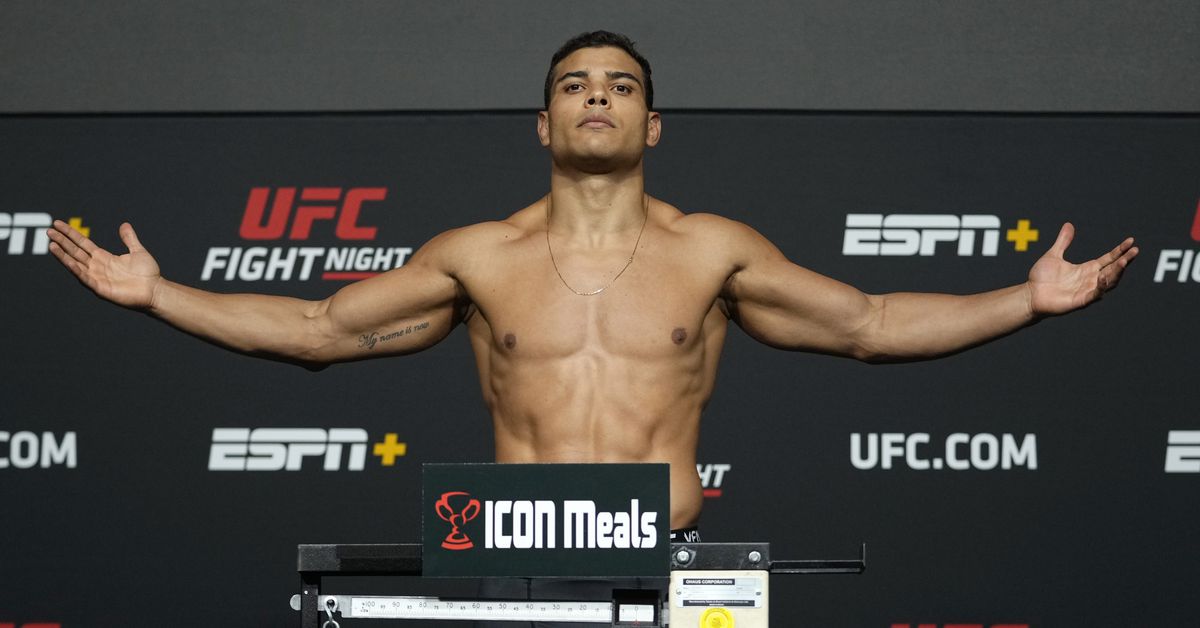 One of the more ridiculous stories in recent memory was Paulo Costa’s antics vs. Marvin Vettori. The Brazilian showed up to fight week outrageously heavy, forcing UFC to bump his main event match up to 205-pounds. Vettori gamely took the fight anyway, even after Costa threatened to walk if UFC fined him too harshly.

The result of the chaos? A pretty incredible five-round fight that proved “The Eraser” is still worth the price of admission, even if he lost the decision. Given both the chaotic nature of the week and Costa’s strong performance at 205-pounds, UFC President Dana White declared Costa would be forced to remain at Light Heavyweight for future bouts.

Perhaps there’s been change on that front? Paulo Costa’s manager, Wallid Ismail, promises that Costa’s next bout will be back at 185 lbs., despite the initial claims otherwise.

“The UFC is not the biggest fighting company in the world by chance,” Ismail told Sherdog. “They know that ‘Borrachinha’ was injured and that’s why he had problems with his weight. There is no doubt his next fight will take place in the middleweight division.

“We will fight whoever the UFC decides. I keep believing that ‘Borrachinha’ will be the champion,” Ismail said. “He just has to train right. His biggest problem is that he trains too much. If he trains correctly, I have no doubt no one in that division can beat him.”

For whatever it’s worth, Costa did indeed lay the blame for his scale fail on a blown bicep. If Costa is indeed back at Middleweight next time out, who would you like to see him face?

Johnny Walker is already hard at work for his recently announced bout vs. Jamahal Hill.

How many of y’all spent nearly 100 hours watching UFC fights last year? Now just imagine how many hours of f—king Jose Cuervo ads are stacked on top of the numbers below!

Rafael Fiziev has a talent for quality callouts.

As crafty as it gets:

If he does indeed return to action this year, who should Paul Felder fight?

At the age of 65, “Sugar” Ray Leonard is learning kickboxing!

Body punches setting up head punches at the highest level:

If you’re not absolutely disgusted with end of the year lists yet, KSW had some great finshes that flew under the radar.

We saw it all last year!! Here are some of the best KSW KNOCKOUTS from 2021!! pic.twitter.com/1qMMLMcqmf

For having absolutely no idea what he was doing, this man put in a serious effort to make it up the hill.

Midnight Music: I’m making a small change this year. As I’ve been posting songs five nights per week for the better part of three years now, most of my personal favorites — or, at least, most of the songs/albums/artists that I’m particularly knowledgeable about — have gone up at one point or another. If I still have a fun fact or relevant background info, I’ll include it as usual, but otherwise, I’m just going to drop the genre and year in this section.