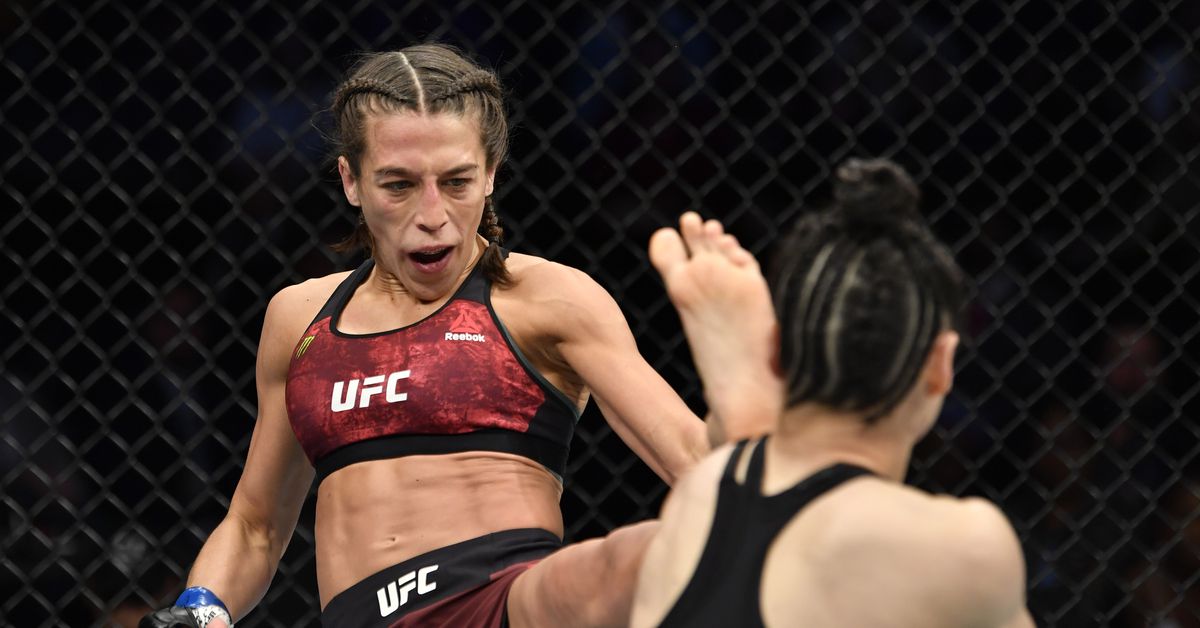 Joanna Jedrzejczyk is coming back.

The former UFC strawweight champion hasn’t competed since her epic, “Fight of the Night” war against fellow ex-titleholder Weili Zhang back in March 2020, a five-round slugfest that left the quick-fisted Pole with considerable damage to her dome.

And it sounds like Jedrzejczyk wants to pick up where she left off.

“Everyone thinks I’m not in UFC anymore because I haven’t fought for a dozen or so months, but I’m coming back and fighting number one,” Jedrzejczyk told Kanal Sportowy show (transcribed by WMMA Rankings). “It will probably be Weili Zhang. I thought it might be Carla Esparza, but it’s already confirmed that she is next for the championship. I don’t see any other fight, just going for the belt. Dana [White] made me an offer to fight for the championship, but I would have to wait until November or December and I don’t want to wait. I want to fight.”

That’s because Rose Namajunas has already defeated both combatants on two separate occasions, so if “Thug” is able to retain her strawweight title against “Cookie Monster” later this year, it would be difficult to sell a third fight against Jedrzejczyk or Zhang.

Especially with the winner of this fight waiting in the wings.