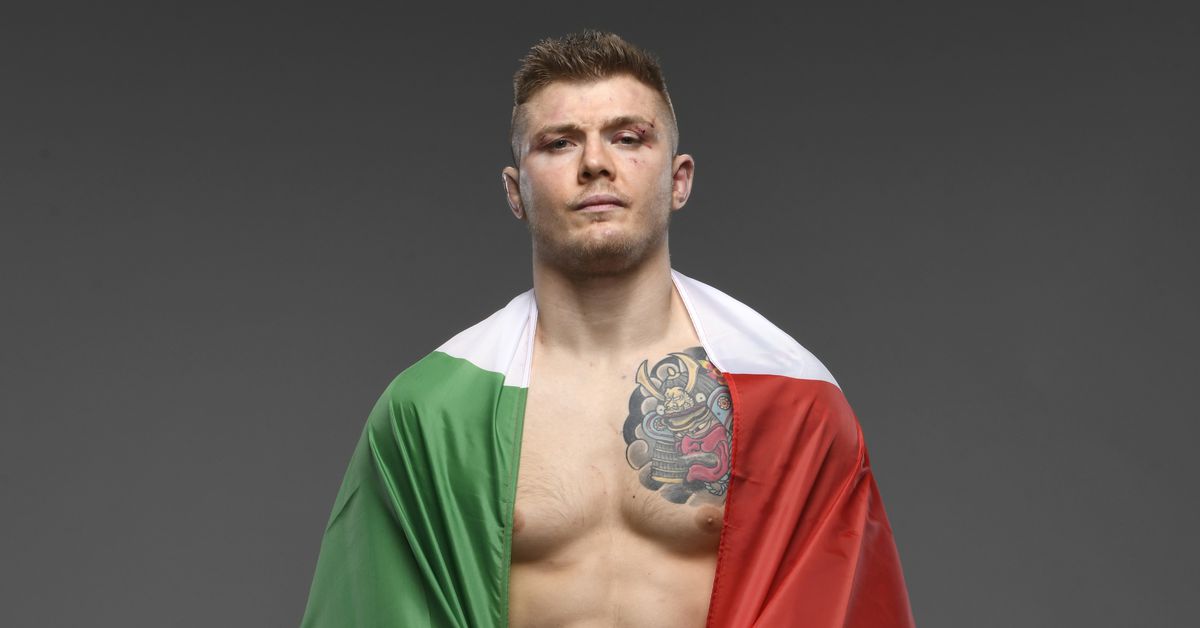 Top-ranked Middleweight contender Marvin Vettori is likely a long way from a third match up vs. Israel Adesanya, which is perhaps why “The Italian Dream” is casting a wider net. Earlier today, Vettori issued an open challenge to Paul, offering up an open check if “fake Paul” is willing to test his mettle in the ring vs. Vettori.

“Let’s set up a sparring,” Vettori wrote. “I’ll match any bet you want. You claim anybody, anytime, anywhere but you won’t go further then 6 rounds I promise you that. Put your nuts on the table, I wanna feel if you can really box.”

This is not the first time Vettori has taken shots at the “disrespectful” Paul.

Of course, it’s also unlikely to come to fruition. Paul may box at 185 lbs., but he’s been challenging Welterweights at the largest. Plus, none of his past opposition has been operating at their peak, whereas Vettori is still rather young in his professional career. Perhaps most importantly, Vettori just doesn’t have the star power of someone like Jorge Masvidal or Nate Diaz.

Fortunately, while the Paul fight is likely beyond his reach, Vettori’s return to the win column last October vs. Paulo Costa does leave him in very good position. If the title changes hands anytime soon or the Italian athlete puts together a couple more wins in 2022, there’s still a real shot he scores another opportunity for UFC gold.

A couple clips of Aljamain Sterling back in sparring, and it’s already worrying to see him back in the same easily-illegal-knee’d position.

Don’t get fooled again! Until Nate Diaz and Dustin Poirier are in the Octagon and mean-mugging one another, it’s hard to believe the fight will happen.

Middle column seems the best bet to me! Hopefully, I’ll remember to repost this at the end of the year.

Instagram have deleted my account!
Arr well, social media is getting worse by the day anyways.
Goodbye everyone! Say hello if you see me outside…
Going to work like no other this year.
Goals to achieve.

Just moved into my new house aswell so congratulations to me!

Rafael Fiziev and Petr Yan putting in the work at strength and conditioning:

The final hammerfists lands differently when watching from cage side …

A slick setup for the body rip:

The Jake Paul vs. Tyron Woodley knockout after some excellent photoshop work!

A showdown of man vs. savage animal!