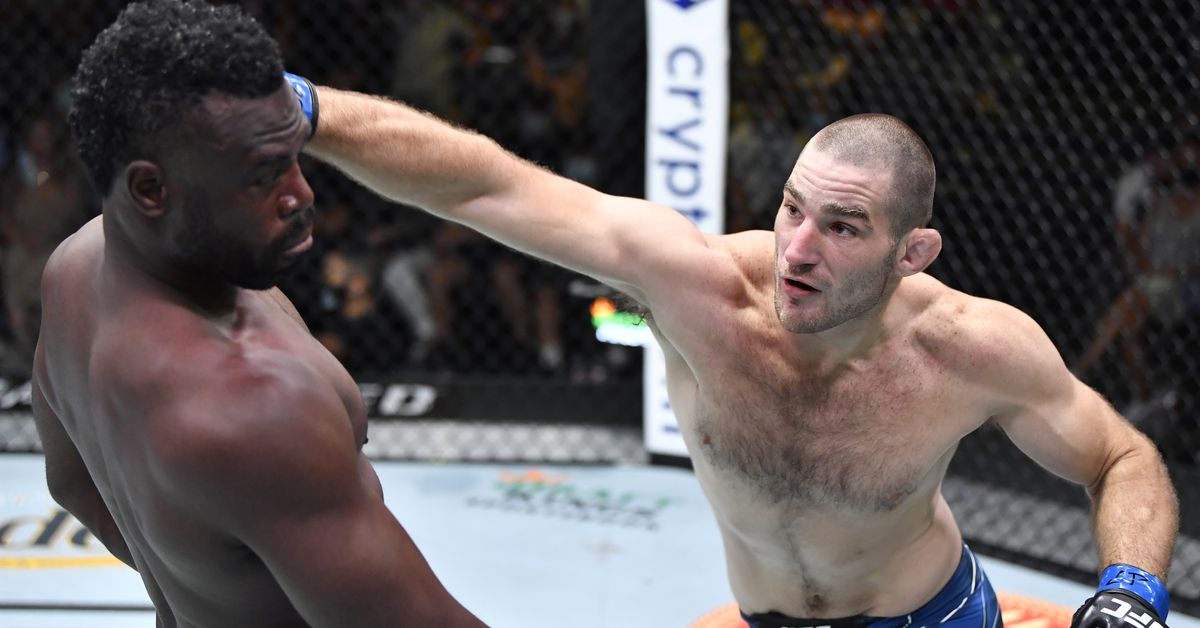 Sparring footage is supposed to remain behind closed doors for a reason. What happens in the gym isn’t always indicative of what will happen under the bright lights. Footage can be manipulated. Alternative, the “losing” fighter could be undergoing “shark tank” drills, where one athlete faces a fresh opponent each round to push the pace.

There’s no such confusion to the clip below.

Noted psychopath, Sean Strickland, posted a video of himself pummeling a sparring partner on Instagram earlier today. Strickland described the exchange as “consensual,” but it certainly looks like Strickland’s foe was more than outmatched even prior to the high kick.

For better or worse, Strickland has a reputation for sparring hard. In fact, he’s known for getting in gym wars with fellow top contenders like Marvin Vettori, and he’s claimed online those scraps produce his best friendships! Given Strickland’s proclivity for also sparring with Heavyweights, he’s surely been the nail rather than the hammer in many exchanges.

Strickland is currently scheduled for a five-round battle vs. Jack Hermansson on Sat., Feb. 5, 2022 inside APEX in Las Vegas, Nevada.

Expect plenty of trash talk between Petr Yan and Aljamain Sterling until March 5 … and probably afterward too!

Junior dos Santos’ forthcoming boxing match still seems like a terrible idea, but the Brazilian appears to be in great shape!

Protect Brandon Moreno at all costs.

Matt Sayles’ loss to Jordan Leavitt may have been his last inside the Octagon.

Matt Sayles has been removed from the UFC fan rankings pool

Is any of this necessary? No. Is it still pretty damn impressive? Yes!

Matt Brown has been committing great acts of violence upon UFC Welterweights for many years, and this thread fully recaps all his finishes!

LOOK AT THIS BACK TAKE!

A reader went out of his way to send me this RL content — thanks Tim! To anyone else reading, if you stumble upon a funny clip you think appropriate for this section, feel free to link me.

Midnight Music: One of my favorite songwriters working, Father John Misty, released the first single ahead of his recently announced album, Chloe and the Next 20th Century.