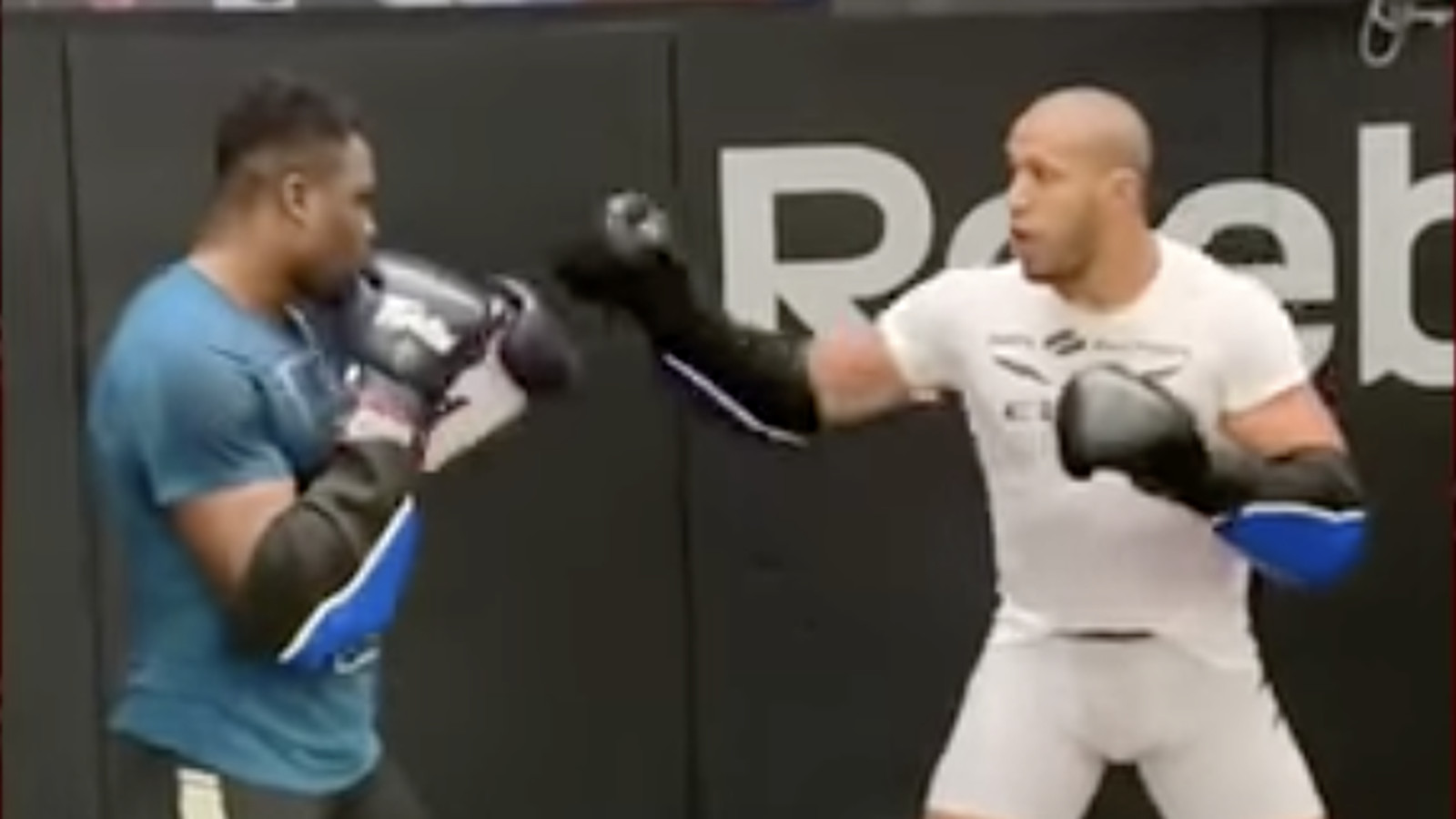 Lopez, however, suggests Ngannou is the manipulator who’s gaslighting fans.

“That footage didn’t tell the whole story of what happened in training,” Lopez told Low Kick MMA. “There were so many opportunities where they got the better of each other in sparring, so we couldn’t have manipulated the footage. He didn’t want me to release the whole footage because, in that specific training, Francis Ngannou ate a knee shot to the liver and got dropped. Stopped the whole training. These are facts. Francis was on his backside. If he’s saying this isn’t true, I’ll release the whole footage. But, my content manager didn’t want to release it because we have privacy in the gym. When guys train in your gym, they expect things to stay in the gym.”

I guess Uncle Dana didn’t get the memo.

Ngannou and Gane — who collide at UFC 270 on Jan. 22 in Anaheim — once trained together under Lopez at MMA Factory in Paris. But after “The Predator” was whooped by Stipe Miocic at UFC 220 back in early 2018, the Cameroonian crusher jumped ship.

We’ll see who gets the final word later this month in “The Golden State.”

After ‘s*** run in the UFC,’ Sabah Homasi relishes Bellator success ahead of Bellator 290
‘I Regret Not Being This Monster I Am Again’
How Long Can Jamahal Hill Stay Champ After UFC 283 Vacant Title Win?
Khamzat Chimaev BLASTS Daniel Cormier for his CHOICE OF WORDS about relationship with Darren Till!
Car hits McGregor’s bike, ‘could’ve been dead’