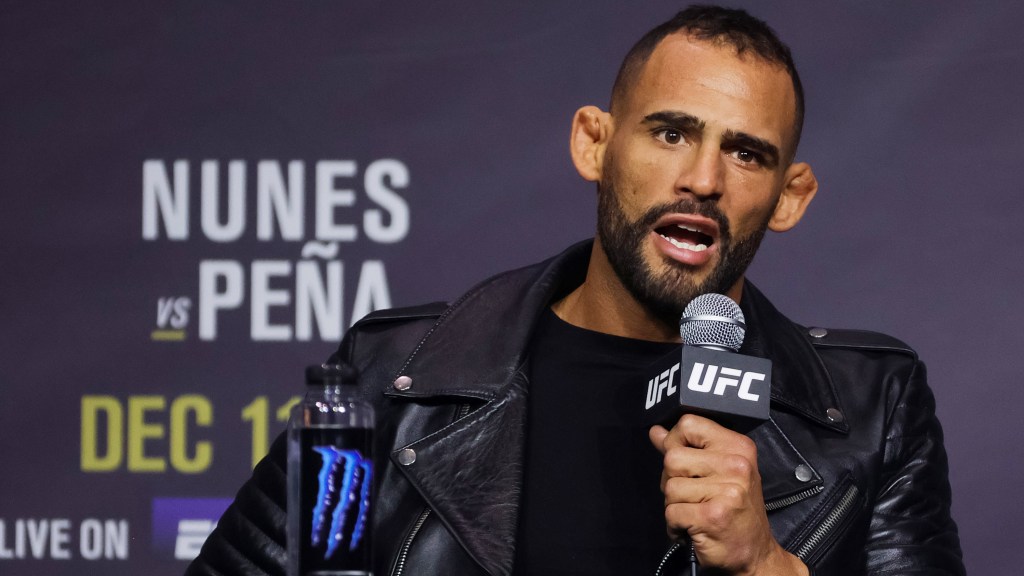 The welterweight contender is by no means giving up on his dream of becoming UFC champion, even after suffering a setback at UFC 269 in December. Ponzinibbio (28-5 MMA, 10-4 UFC) came up short in a split decision against Geoff Neal at the event in Las Vegas.

The Argentine entered the fight off a Fight of the Year contender win over then-unbeaten prospect Miguel Baeza, and his plans to keep his momentum going were derailed.

“I didn’t get the result I hoped for,” Ponzinibbio told MMA Junkie in Spanish. “It was a close fight. I could’ve won it. In fact, it was a split decision. I do leave with a sour taste because I know I could’ve won the fight, but that’s how things go.

“Each fight is different, and it depends on how you’re feeling that day and many other factors. I don’t want to take anything away from Geoff Neal. I give him his props because he’s a tough adversary. I knew he was going to come strong because he had taken his time from issues that he had. So I knew he was going to show up, because he had a lot on the line. He was very prepared and had a good fight. I still think I have the resources to beat him, but it wasn’t my night. I’m now focused on 2022.”

2021 was an important year for Ponzinibbio. It marked his return to competition after battling a life-threatening infection that almost ended his fighting career.

Ponzinibbio’s health issues brought him to a halt November 2018, and he couldn’t resume until January 2021. Prior to his return to the octagon, he was on a seven-fight wining streak that included two Performance of the Night bonuses and two main event slots.

The 35-year-old went 1-2 in 2021, defeating Baeza and losing to Li Jingliang and Neal. But despite not getting the results he hoped for, Ponzinibbio can take away the positives.

“I didn’t get the results I wanted and that I was used to,” Ponzinibbio said. “I hadn’t lost since 2015. So for me, it’s a sour taste that obviously generates frustration. But at the same time, there wasn’t a single athlete that outclassed me where you go, ‘Look, this guy is just at another level.’ No.

“With Li I got caught in the perfect spot and we were just getting going in the fight. I was connecting and he landed a good shot and it was over. That doesn’t mean anything, it was just a hit. And against Neal, I could’ve won that and came close. We’re talking about the best in the world at 170 pounds. There hasn’t been anyone who’s ran through me and shown I’m not at the level. This is part of the sport.

“Again, a sour taste, I wasn’t used to this. But if you put everything on a balance and look at everything that happened – keeping in mind the conditions I was in – for me to do three fights, be able to consistently train and keep evolving, it was a positive result. I’m not a conformist. I didn’t get the results that I wanted, I’m pissed. So I’m not conforming, but realistically, I went more than one year without fighting and they told me I would never fight again, and here I am – three fights against the best in the world.”

Ponzinibbio said he’s feeling good physically and sees 2021 as a year to get back in the flow of competition. He’s looking forward to 2022, and eyes a March return against anyone in the UFC’s rankings. Ponzinibbio’s top priority is to remain active so he can climb back to title contention at 170 pounds.

“Nothing changes – this doesn’t change anything,” Ponzinibbio said. “Like I said, I could’ve fought a bit better and even then, it was a close fight. I know Geoff is a tough fight. The objective doesn’t change, the objective is still the world title. I didn’t get the result I wanted, but it wasn’t a bad fight either.

“I’m looking forward to 2022 and get back to winning. I know I can get there, so nothing changes.”