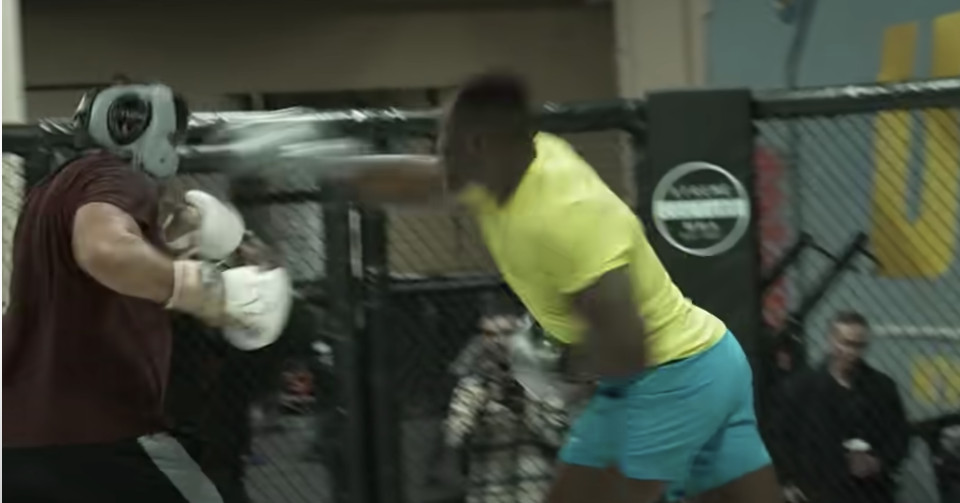 Francis Ngannou’s coaches are very happy with the reigning UFC heavyweight champion’s progression ahead of his first title defense in less than two weeks.

In the second edition of Ngannou’s Cyril Gane Fight Camp series, “The Predator” was preparing for a day of sparring. The champ’s partners include fellow UFC heavyweight Blagoy Ivanov, along with muai thai heavyweight specialist and amateur MMA fighter Santino Zurita.

Ngannou captured the title with a vicious second-round KO win over Stipe Miocic at UFC 260 this past March — his fifth consecutive stoppage win. He will face Gane, a former teammate, who became the UFC interim heavyweight champion with a dominant stoppage win against Derrick Lewis in the main event of August’s UFC 265 event.

Watch the video of Ngannou’s day of sparring in Las Vegas in the video above.