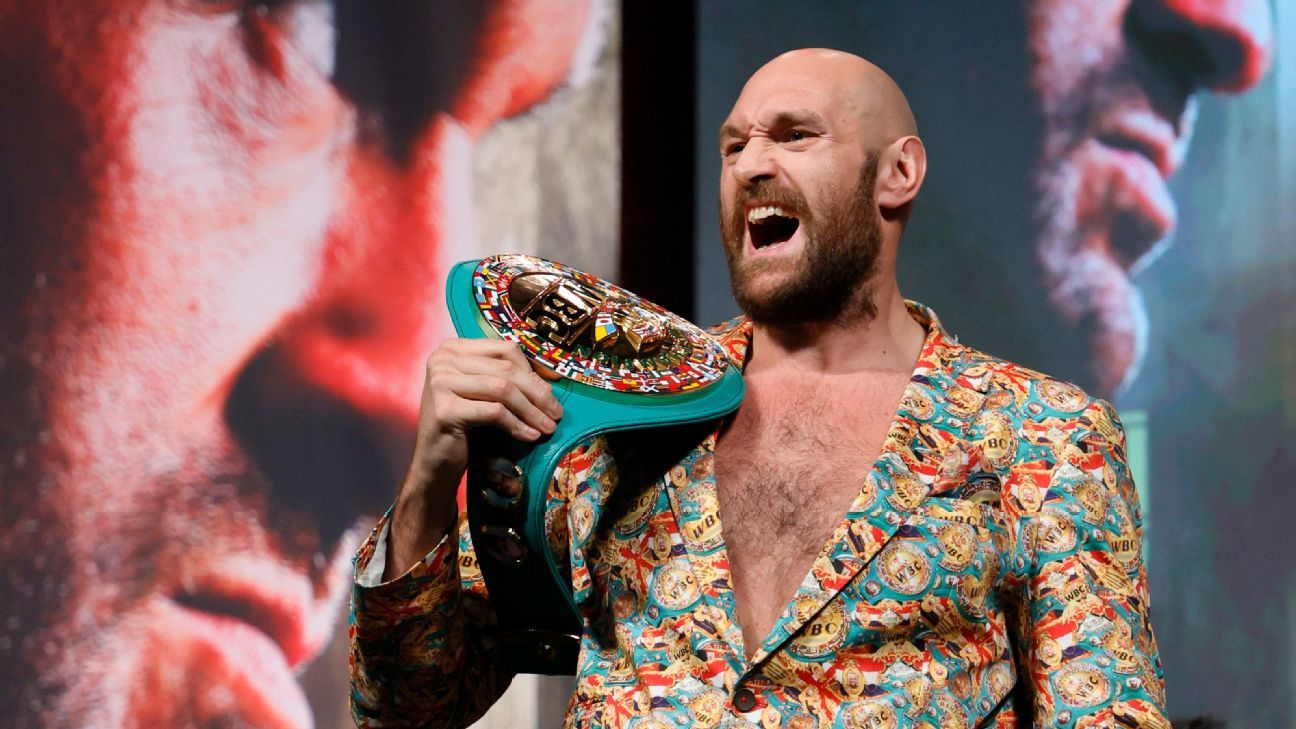 Tyson Fury and Francis Ngannou, the two baddest men in combat sports, have plenty of options for big fights in 2022 — but that’s not stopping them from eyeing each other.

In a social media post on Thursday, Fury, the WBC’s heavyweight champion in boxing, expressed interest in fighting Ngannou, the UFC’s heavyweight king. In an effort to sweeten the offer, Fury claimed he would be willing to face Ngannou in the ring wearing the UFC’s four-ounce gloves, rather than his traditional 10-ounce boxing gloves.

“Who would like to see me fight this beast boxing rules [UFC] gloves,” Fury wrote on Twitter. He tagged Ngannou and UFC president Dana White in the post.

Who would like to see me fight this beast boxing rules @ufc gloves?@danawhite @francis_ngannou pic.twitter.com/xONNoT8NzR

Ngannou, of Cameroon, quickly responded, offering to face Fury in boxing gloves but with MMA rules.

Under current circumstances, the matchup is less than realistic in the near future. Ngannou (16-3) is scheduled to defend his title against Ciryl Gane at UFC 270 on Jan. 22 in Anaheim, California. Fury, of England, is expected to face WBC mandatory title challenger Dillian Whyte, although the terms of that potential bout are still being negotiated.

Ngannou’s contract status with the UFC is interesting, however, in that he is on the final fight of his deal. If Ngannou were to lose to Gane at UFC 270, he would immediately become a restricted free agent. That could open the door for him to sign with another promotion. If he retains his title, he would remain with the UFC under a championship clause.

Ngannou, who now fights out of Las Vegas, has publicly expressed interest in a boxing match for some time.