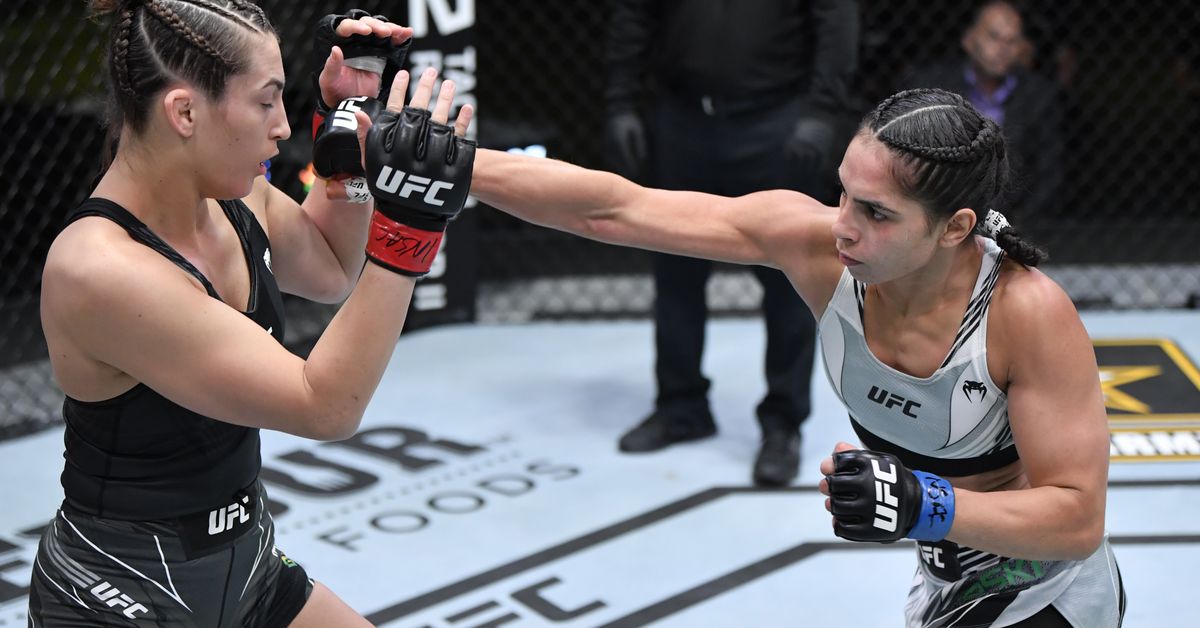 Ariane Lipski and JJ Aldrich will collide in a flyweight contest at the UFC Fight Night card planned for March 12 in Las Vegas, multiple people with knowledge of the booking told MMA Fighting.

The event is headlined by light heavyweights Thiago Santos and Magomed Ankalaev at the UFC APEX.

Lipski (14-7) is a former KSW flyweight champion who won a decision over Mandy Bohm in her most recent octagon appearance this past September, rebounding from consecutive stoppage defeats to Antonina Shevchenko and Montana De La Rosa.

“Queen of Violence” was on a nine-fight winning streak going into her octagon debut in 2019 and so far has won three of seven in the UFC.

Mike Heck contributed to this report