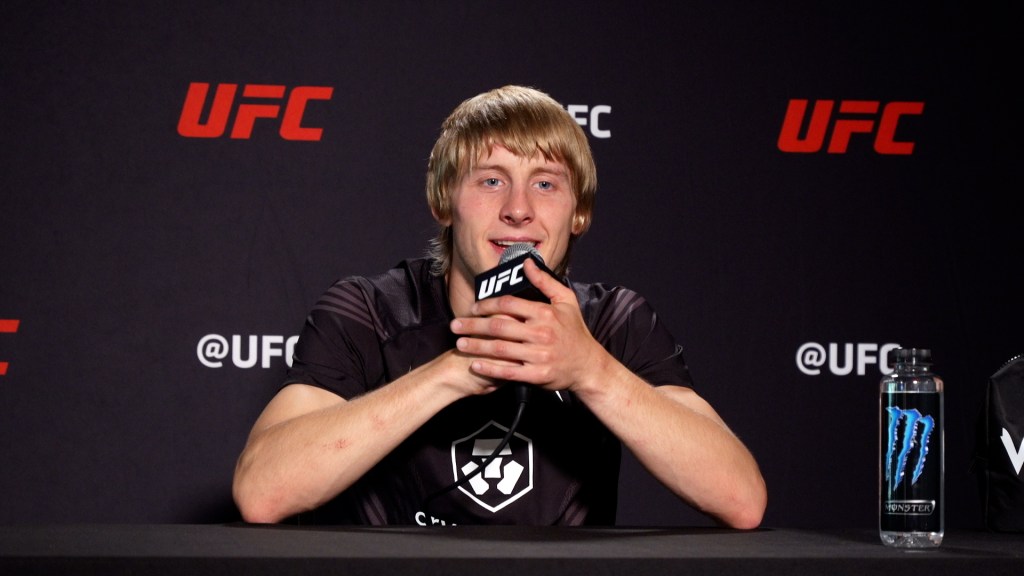 Paddy Pimblett wants on the UFC London card, but he doesn’t have an opponent yet.

Rumblings emerged that Pimblett (17-3 MMA, 1-0 UFC) would be fighting Donald Cerrone at UFC 272 on March 5 in Las Vegas, but the rising star put those rumors to rest.

Pimblett is very keen on fighting in front of a sold-out crowd in his home country and wants to build off of his spectacular UFC debut knockout of Luigi Vendramini in September.

“There’s no truth to it,” Pimblett told Michael Bisping on the “Believe You Me” podcast. “Not on my end. Do you really think that the UFC are going to put me on a card the fifth of March in Vegas when they’re doing London on the 19th? It doesn’t make sense. I would still like to fight in London in front of my home crowd.”

He continued, “I think that was just Chael having a little go for some clickbait. It starts with Chael. Chael done a video.”

Pimblett was called out by Jared Gordon, who’s coming off a split decision win over Joe Solecki in October. Gordon (18-4 MMA, 6-3 UFC) also holds a win over Pimblett’s former teammate Chris Fishgold, giving the former Cage Warriors champion added incentive to fight him on the planned March 19 card in London.

“The UFC hasn’t come at me with any opponents,” Pimblett said. “After he mentioned me, I thought me and Jared Gordon might get matched together. But as I say, I’ve got no idea, we’ll see what happens.”

He continued, “Because he mentioned me in his post-fight interview and he beat my former teammate, I would like to fight Jared Gordon. He beat (Chris Fishgold) so obviously, I would like to beat him and he’s on a three-fight win streak. His last loss was to (Charles) Oliveira.”

Gordon responded to Pimblett and appears ready to sign the dotted line if offered the fight.