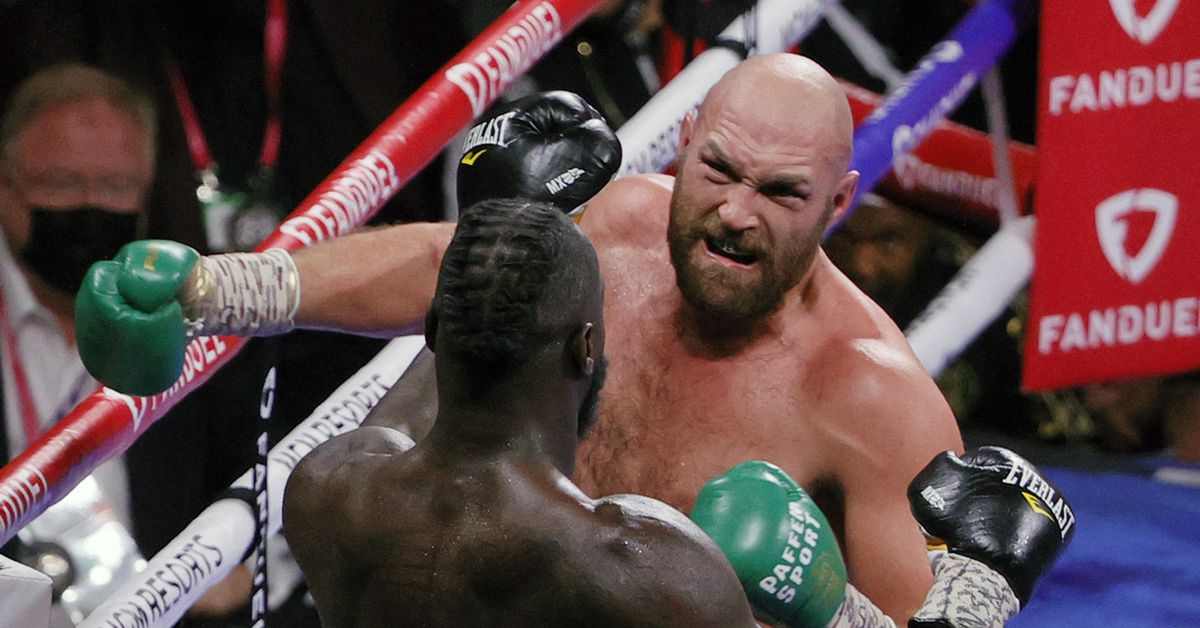 This isn’t the first time the two heavyweights have shared headlines. Back in 2020, Ngannou stated that he was ready to test the top-tier of heavyweights in boxing, which included the likes of Fury, Anthony Joshua, and Deontay Wilder. Fury was quick to respond saying that “Predator” would be “easy work.” Almost two years later and the two heavyweights are still taking their shots at one another.

While a potential boxing match between Fury and Ngannou would be sure to draw massive attention from all corners of the combat sports world it’s far from happening. Fury has a few fighters waiting for their chance to take his heavyweight crown and Ngannou is still under contract with UFC. Not to mention Ngannou’s upcoming title unification bout with interim UFC heavyweight champion Ciryl Gane at UFC 270 later this month. If Ngannou were to lose to Gane it would certainly curb the appeal of a superfight with Fury.

All of that said, we’re in a world of what-ifs and oddsmakers have a field day with this type of stuff. That’s why betting odds have already dropped for a potential clash between Fury and Ngannou. Check them out below courtesy of Bet Online:

In addition, odds have been released for whether or not the heavyweight superfight will even take place.

A lot of things need to happen in order for this boxing match to line up and actually come to fruition in 2022, but crazier things have happened. Ngannou clearly has the power to hang around with anybody in the world, but Fury’s technical prowess, movement, and length could be a big challenge for the UFC champion.

Midnight Mania! ‘I Hope UFC Will Share The Revenue With Its Fighters’
UFC announces new partnership with Logan Paul, KSI
Pereira Vs. Izzy 2, Masvidal Vs. Burns Headed To UFC 287
After ‘s*** run in the UFC,’ Sabah Homasi relishes Bellator success ahead of Bellator 290
MMA Junkie’s Knockout of the Month for January: Ismael Bonfim flattens Terrance McKinney