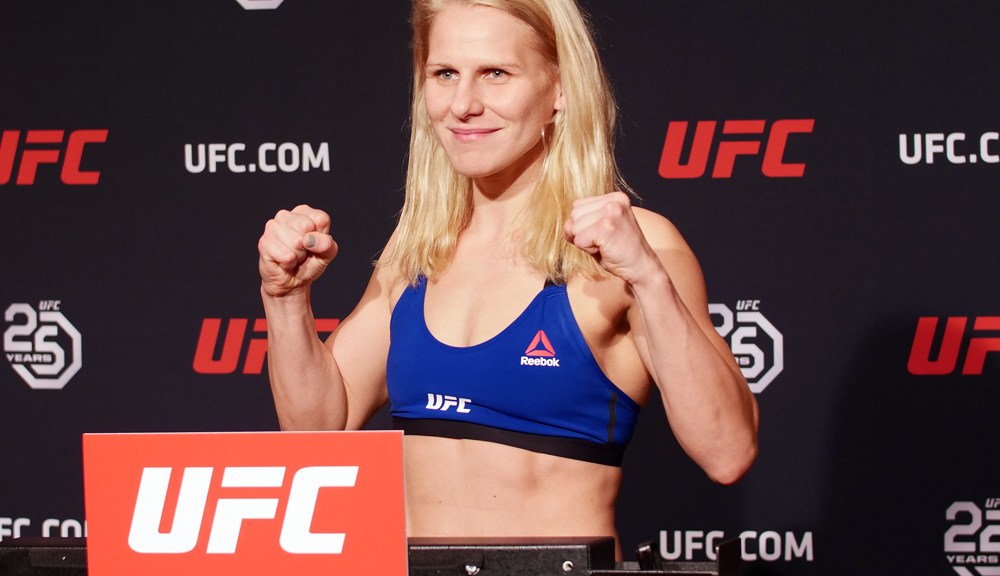 Following a seven-fight run in the UFC, Justine Kish has signed to fight in Bellator’s women’s flyweight division.

Kish (7-4) was a cast member on “The Ultimate Fighter 20” but suffered an injury and was forced to withdraw from the tournament before competing. Still, she was awarded a UFC contract and went 2-1 in strawweight matchups, though she did miss weight for a 2016 clash with Ashley Yoder.

In 2018, Kish returned to the flyweight division, where she would go 1-3 in the octagon, a run that included a pair of split-decision losses to Ji Yeon Kim and Tracy Cortez.

The Cortez clash took place in April and served as Kish’s final appearance for the organization.

The Bellator debut date and opponent for Kish were not revealed.