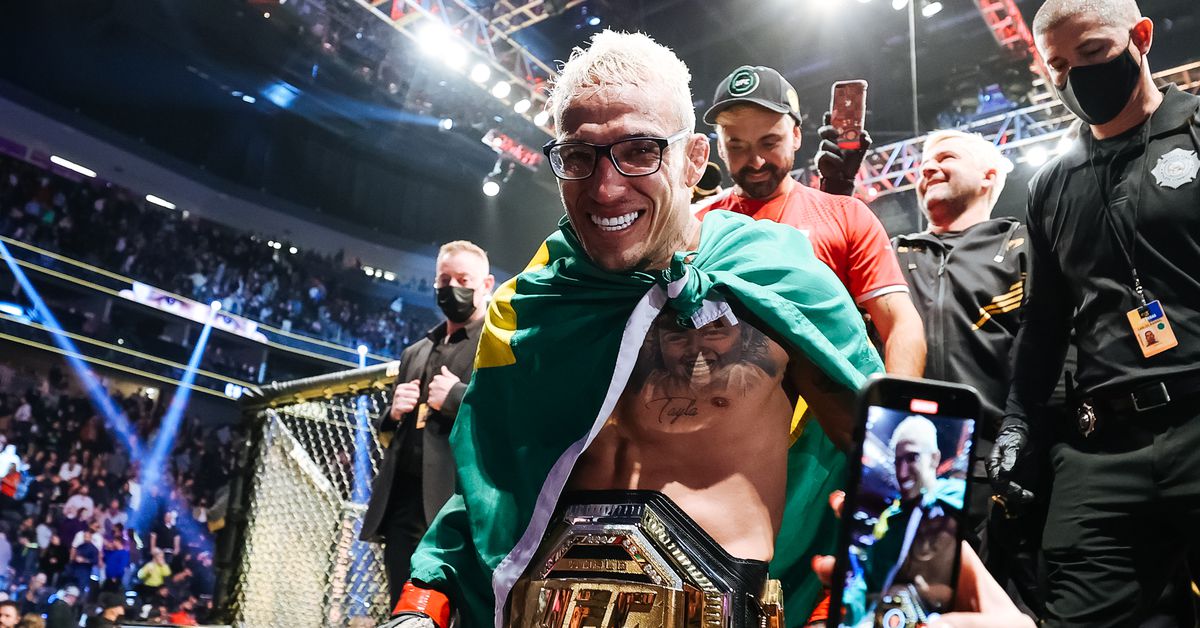 The UFC lightweight champion recently won his first title defense against Dustin Poirier, taking out “Diamond” in the third round of their December 2021 fight. That’s Oliveira’s 10th win in a row, and adds to his records for most submission wins in UFC history (15) and most finishes in UFC history (18).

What’s next? Maybe a fight against #1 contender Justin Gaethje … or perhaps a fight against Conor McGregor. Oliveira said he’d be happy to wait for a red panty night if McGregor is looking like he’ll be back by mid-2022. It’s just one of Charles’ big money fight ideas. Also on the menu: a move down to 145 to challenge for the belt … or up to 170. Whatever.

“I really thought I couldn’t drop to 145 anymore,” Oliveira told MMA Fighting in a recent podcast. “But this last weight cut, I was really [close to] 155 before the fight with this work we’ve been doing, with lots of water in the body, and we believe we could easily make 145.”

“Becoming a two-division champion, a Brazilian man, would be awesome.”

If the UFC allowed Oliveira to challenge Alexander Volkanovski for the featherweight title and he won, he’d become the 5th simultaneous champ champ in the promotion’s history and the second Brazilian after Amanda Nunes. We suppose there’s some glory in being the first Brazilian dude to double champ it up, but hey … if he wants that real legacy pop, let’s go for all three belts!

Oliveira is already fighting three guys in the cage, so it’d be only fitting.