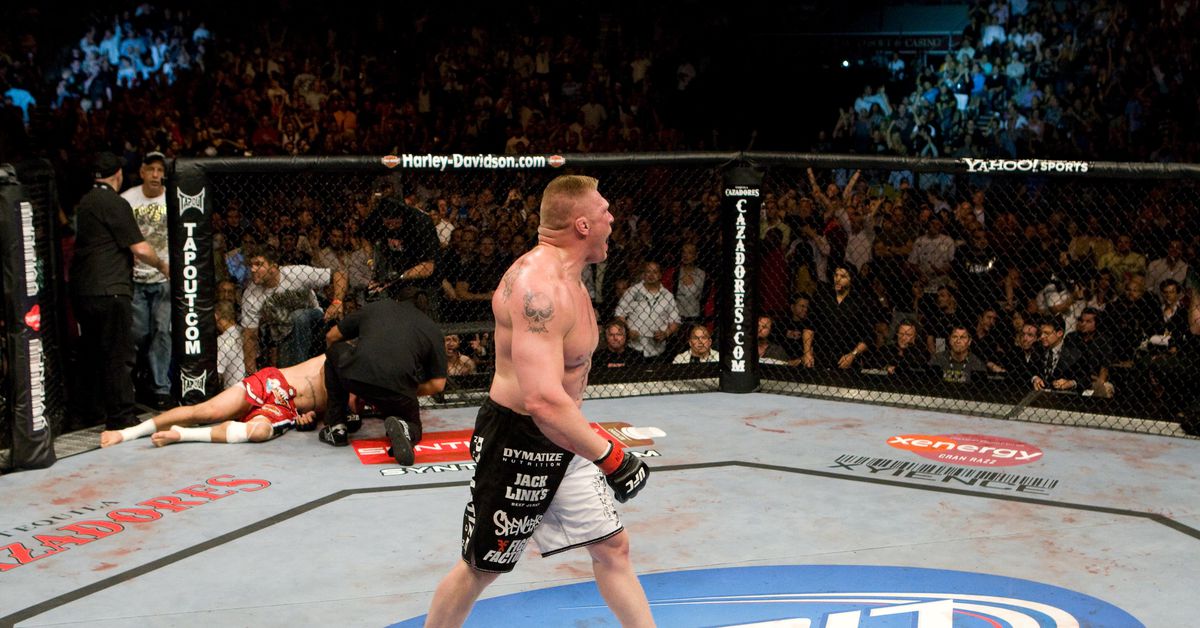 From the moment he signed with the UFC, Brock Lesnar had a target on his back.

It wasn’t Lesnar’s collegiate wrestling credentials or NFL aspirations, but his larger-than-life WWE career that cast him as an unwanted invader and public enemy No. 1 in the eyes of many hardcore MMA fans.

Lesnar earned his keep in the UFC’s octagon, winning the heavyweight title and defending it during one of the most explosive periods of growth in the promotion’s history. Eventually, health concerns ended his first UFC run, and after a short-lived second run ended in a suspension for performance-enhancing drugs, financial incentives kept him from a return in 2019.

Still, Lesnar left an indelible impression on the sport, and the UFC has released a highlight reel of some of his best moments in and out of the cage.

Not every moment is included, of course, Lesnar’s famous rip of UFC sponsor Bud Light after his win at UFC 100 was edited out. But his quip about getting on top of his wife made the cut.

Lesnar is on his sixth run as a WWE champ and remains one of the pro-wrestling promotion’s biggest stars. Check out the full video above to see his octagon contributions.