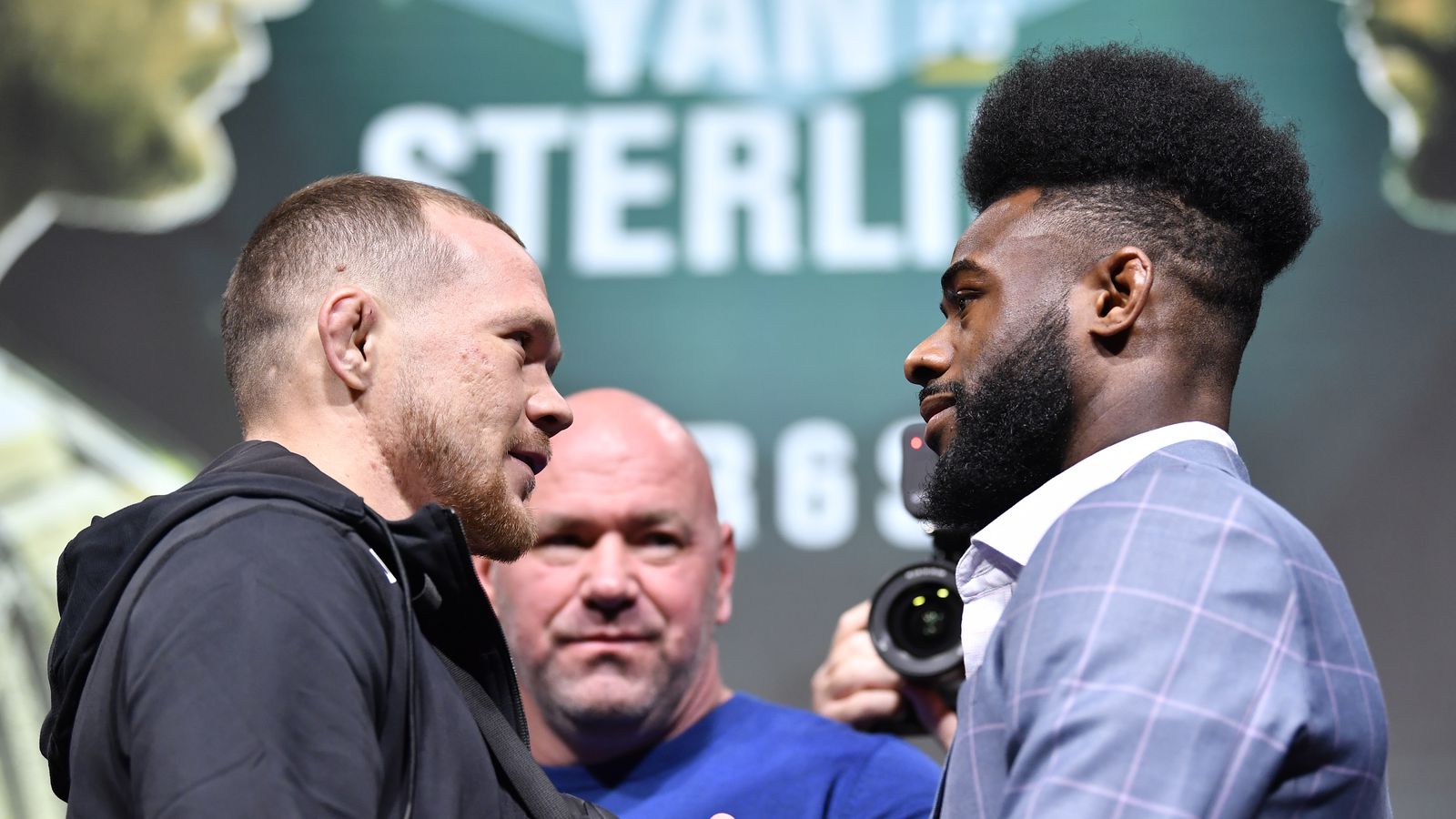 The Aljamain Sterling vs. Petr Yan bantamweight championship rematch is quickly becoming the next Tony Ferguson vs. Khabib Nurmagomedov; meaning, the promotion is trying to book it, the fans want to see it, but the universe won’t allow it to happen.

Sterling and Yan were scheduled to hook ‘em up in the upcoming UFC 272 pay-per-view (PPV) co-main event on March 5 at T-Mobile Arena in Las Vegas, Nevada, but “Funk Master” claims the vaccination status of his Russian rival is putting the bout in jeopardy.

“They are talking about pushing our fight back to April,” Sterling told his podcast subscribers. “Not because of me, this is what I was told: Yan isn’t vaccinated so he can’t fight in March. If this is the real reason, I actually respect his stance — but it doesn’t make any sense. Is he gonna be vaccinated in April? I don’t think so. So what are we doing? I just want to know when we’re fighting because I just want to punch each other in the face. Hopefully we can figure this out sooner, rather than later. We can unify these belts and see who’s really ‘the guy.’”

Sterling (20-3) defeated Yan to become the bantamweight champion thanks to a disqualification finish at UFC 259 last March. Subsequent neck surgery delayed their inevitable rematch, forcing the promotion to create an interim title, which Yan won by defeating Cory Sandhagen at UFC 267.

No word yet from UFC or “No Mercy” on the status of Yan vs. Sterling, but with “Funk Master” dropping updates on Twitter, it’s probably only a matter of time before we get an official word — one way or the other — about what’s happening (or not happening) on March 5.