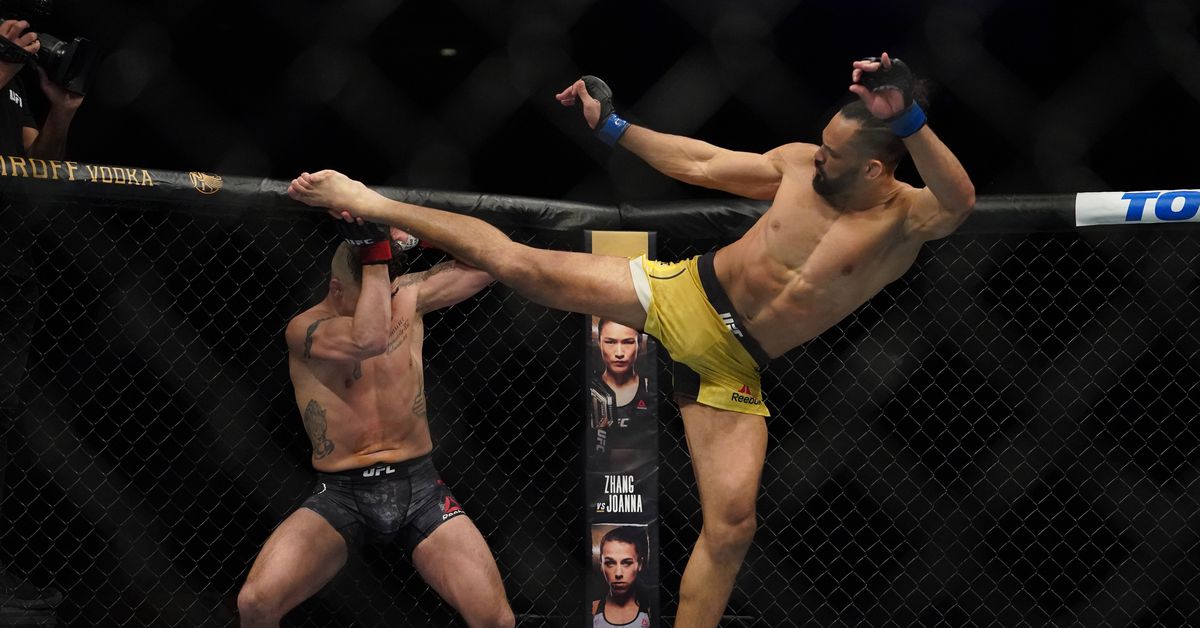 Michel Pereira and Andre Fialho will fight each other inside the octagon, but one week after than originally planned.

Less than 24 hours after the fight was agreed, Pereira’s conditioning coach Rafael Alejarra told MMA Fighting on Tuesday night that the UFC was forced to move the bout from the Jan. 15 Fight Night to UFC 270, which take place on Jan. 22, after one of Pereira’s trainers tested positive for COVID-19. People close to Fialho’s camp confirmed the switch.

UFC 270 will take place in Anaheim, Calif. Fialho, a Bellator and PFL veteran, signed with the company to step in as a replacement for Muslim Salikhov, who withdrew due to illness.

Pereira (26-11, 2 no contests) is coming off consecutive wins over Niko Price, Khaos Williams and Zelim Imadaev, while Fialho (14-3, 1 no-contest) makes his octagon debut off of four knockouts in 2021, including a stoppage over UFC veteran James Vick.

UFC 270 is headlined by a pair of championship bouts: a heavyweight title unifier between Francis Ngannou and Cyril Gane and a flyweight title rematch between Brandon Moreno and Deiveson Figueiredo.

Damon Martin contributed to this report.