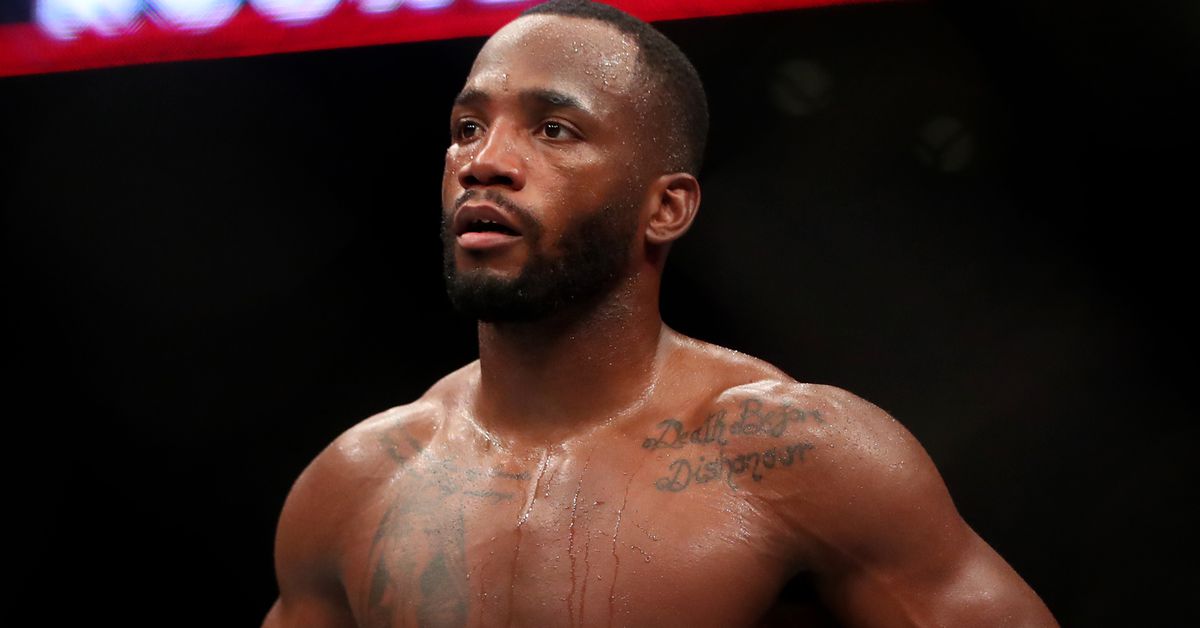 Jorge Masvidal vs. Colby Covington was officially booked earlier today for UFC 272, and fans are excited! The two Welterweights are highly ranked and quite popular — or hated, which is kind of the same thing from a certain point of view — which makes for an intriguing match up before even mentioning the bad blood and history between them (more on that later). Case in point: how many other non-title fights would be deemed fit to headline a pay-per-view (PPV)? Not too many.

Of course, not everyone is impressed by the match up. Top-ranked Welterweight contender Leon Edwards has targeted a fight with both men, but neither match up has come to fruition. In particular, he’s tried to fight Jorge Masvidal several times, but there’s been an obstacle at every turn. The English talent is unimpressed with the new main event, describing the match up as, “2 bums coming off losses” with an accompanying face palm emoji.

Sour grapes or an unfortunate truth? Like it or not, neither Covington nor Masvidal have really been racking up wins in recent years. Of course, that’s largely due to Kamaru Usman, who has handed the pair their four most recent losses … and gave Edwards his most recent loss too!

Part of Edwards complaint likely is due to the fact that there’s few other high-profile match ups left for him as a result of this booking. Now that those two are booked, less enviable match ups like a Belal Muhammad rematch or Khamzat Chimaev rebooking are all that make sense.

@MMAFighting Hiding from what? In a country no one knows where she’s at? Everyone here knows she has been in Batumi Georgia with Roman, the same guy she has been having an affair with behind my back. While still married. https://t.co/0b1BJH9zjR

Giga Chikadze is only recently scoring stoppages inside the Octagon, but he’s been a heavy hitter since day one.

A brief look back at the history of our lead story … Count me among the aforementioned group of excited fans!

“Ya so Jorge and Colby were best friends and even lived together, probably even smashed the same chicks, but after their friendship took a turn for the worse they have become mortal enemies but fear not, their bitter rivalry is finally about to get solved in the octagon.” pic.twitter.com/D2PaeAe0BQ

Petr Yan and Aljamain Sterling are bickering about which man delayed their title fight.

Pathetic liar desperately trying to look good and control the narrative but it won’t work. I’m vaccinated and ready to bash you anywhere even tomorrow. UFC simply doesn’t want fake champion to headline the event. https://t.co/aPG3WECd5m

The man below is facing Michel Pereira on short-notice this weekend.

The ichthyosaur is around 180 million years old and over 10 meters long pic.twitter.com/a56Dg3rSkv

Boxer Liam Wilson Accuses Opponent Of Weigh-In Tampering
Video: Israel Adesanya opens as favorite to beat Alex Pereira at UFC 287. Right call?
Pound-For-Pound No.1 is on the line in Perth! 😤
Preview! ‘Looking For The Knockout’
Kattar Lands a 💣 !!