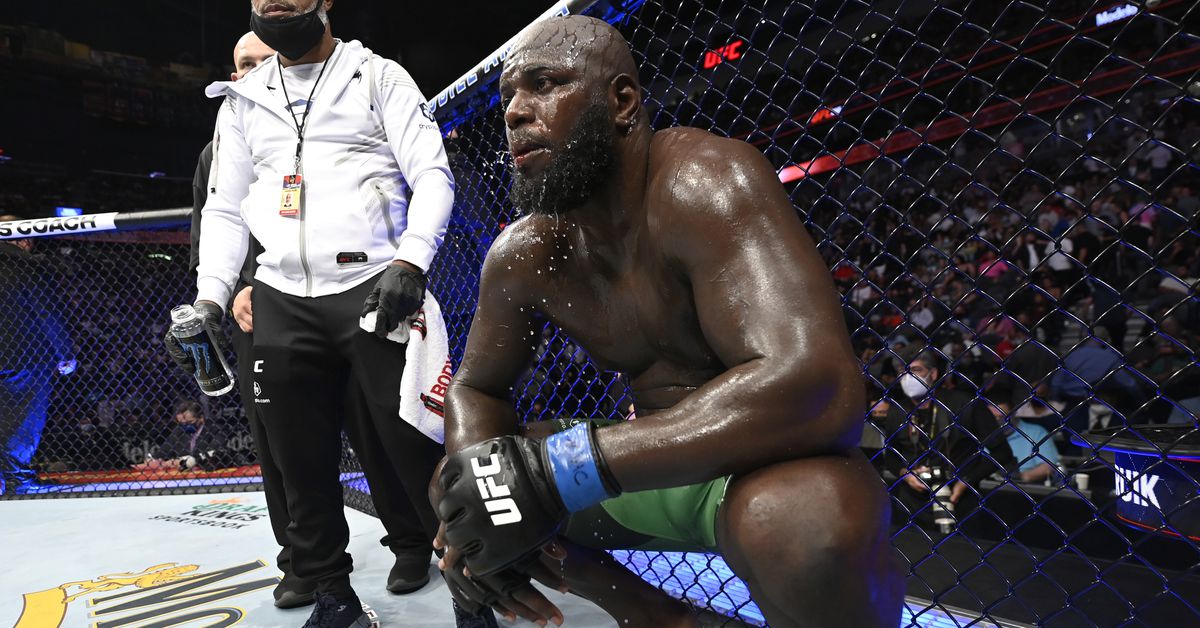 UFC heavyweight bangers Jairzinho Rozenstruik and Marcin Tybura are still scheduled to hook ‘em up later this year, but the promotion is moving their titanic tilt from the UFC Vegas 49 fight card and dropping it in the UFC 273 pay-per-view (PPV) lineup on April 9.

That’s according to a report from MMA Fighting.

Rozenstruik (12-3) is looking to rebound from his unanimous decision loss to fellow heavyweight bruiser Curtis Blaydes last September. “Bigi Boy” is currently ranked No. 6 in the promotion’s official heavyweight rankings.

That’s three spots above the 22-7 Tybura, who is hoping to bounce back from last October’s unanimous decision loss to Alexander Volkov. “Tybur” has won five of his last six, turning away Greg Hardy and Ben Rothwell along the way.

UFC 273 will be headlined by the featherweight title fight between reigning champion Alexander Volkanovski and late replacement Chan Sung Jung. Elsewhere on the card, Aljamain Sterling and Petr Yan collide to unify the UFC bantamweight titles.