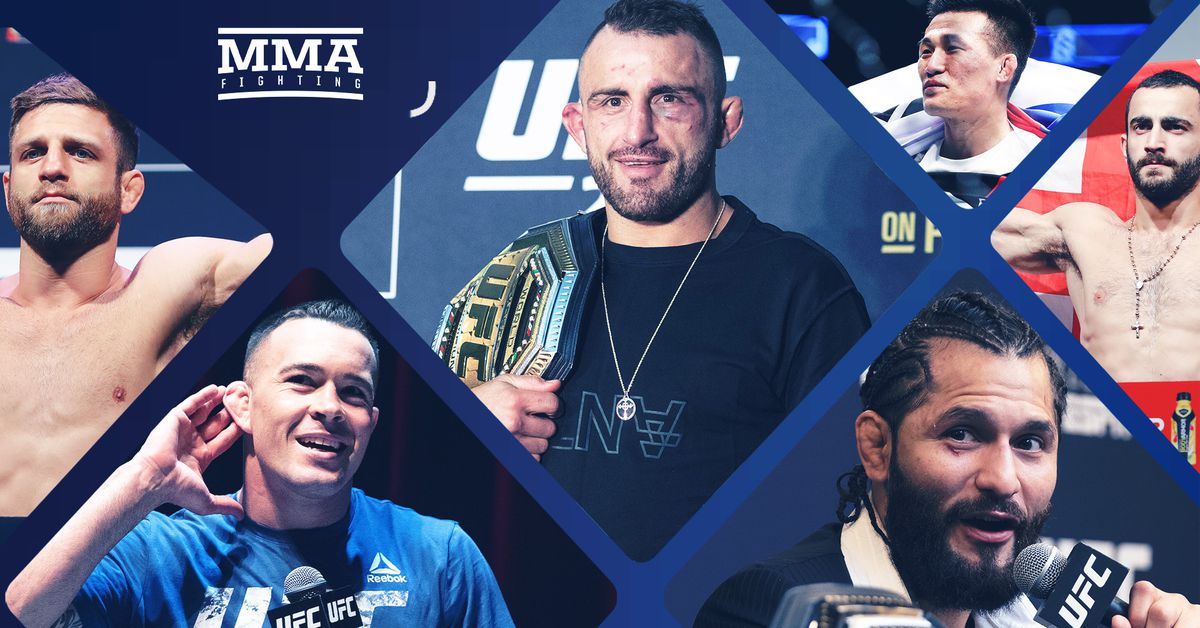 One of the sport’s most heated rivalries will be settled in March, but was it the right call by the UFC to put the matchup between Colby Covington and Jorge Masvidal in a PPV main event slot?

The new main event for UFC 272 between Covington and Masvidal will be discussed on this week’s edition of Between the Links.

In addition, MMA Fighting’s Mike Heck and Jed Meshew talk what could be the co-main event for UFC 272, the new featherweight title fight between Alexander Volkanovski and “The Korean Zombie” Chan Sung Jung at UFC 273 in April following the scratch of Max Holloway, whether or not it was the right fight to make, the UFC’s first event of the new year this weekend with UFC Vegas 46, the featherweight headliner between Calvin Kattar and Giga Chikadze, the low-key banger with all the changes, and predictions of who will be the male and female fighters for 2022.

The podcast can be found below and on Apple Podcasts, Google Podcasts, Spotify, Stitcher, or wherever you find your favorite podcasts.