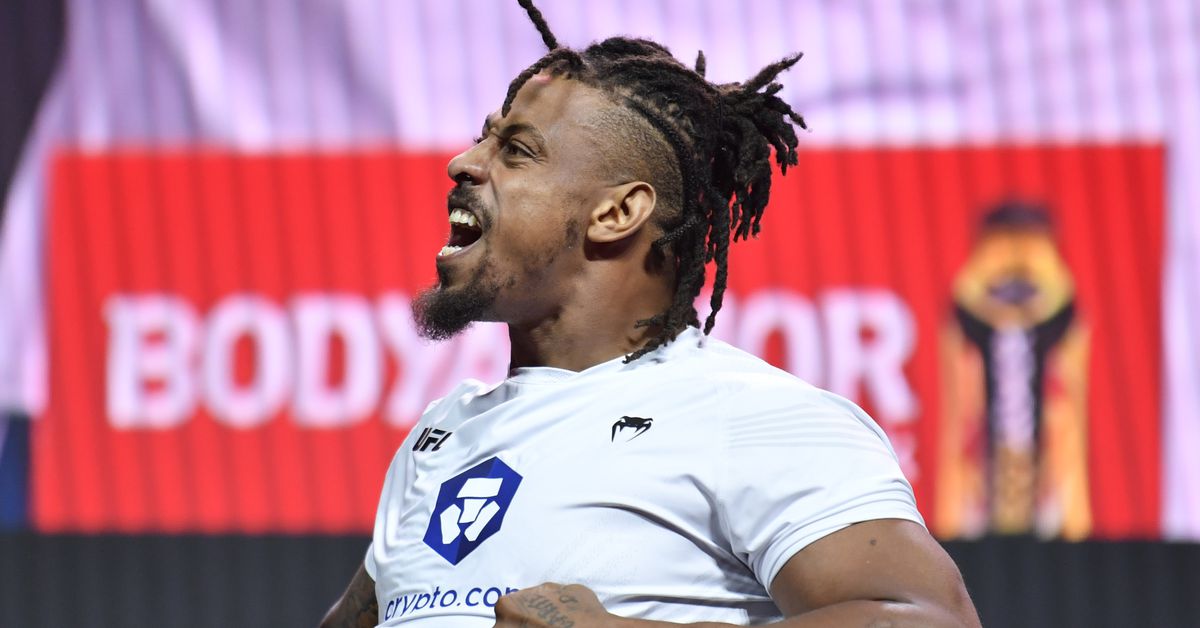 The UFC’s first PPV of 2022 has taken another hit.

Greg Hardy revealed on Friday that a finger injury has scratched him from his scheduled bout with Sergey Spivak at UFC 270. MMA Fighting subsequently confirmed the news with multiple people with knowledge of the situation.

The former NFL player released a photo of the injury on his Instagram, along with the announcement he will no longer compete on the Jan. 22 fight card.

Sources with knowledge of the promotion’s plans confirmed to MMA Fighting that the current plan is to reschedule the matchup between Hardy and Spivak, although the timeframe is unknown.

The change comes a day after Spivak was inserted into the matchup as a replacement for Aleksei Oleinik, who was forced out of his originally planned bout with Hardy for undisclosed reasons.

UFC 270 takes place at the Honda Center in Anaheim, Calif., and will be headlined by a heavyweight title fight between Francis Ngannou and Ciryl Gane. In addition, Brandon Moreno will put his flyweight title on the line against Deiveson Figueiredo in the co-main event slot.

Ryan Bader stops Fedor Emelianenko in the first at Bellator 290
Preview! ‘Looking For The Knockout’
Michael Chandler will fight anyone, anytime, anywhere!
Pound-For-Pound No.1 is on the line in Perth! 😤
Marcin Tybura: Jon Jones Fight ‘Would Be Awesome’ In The Future | UFC Fight Night 218