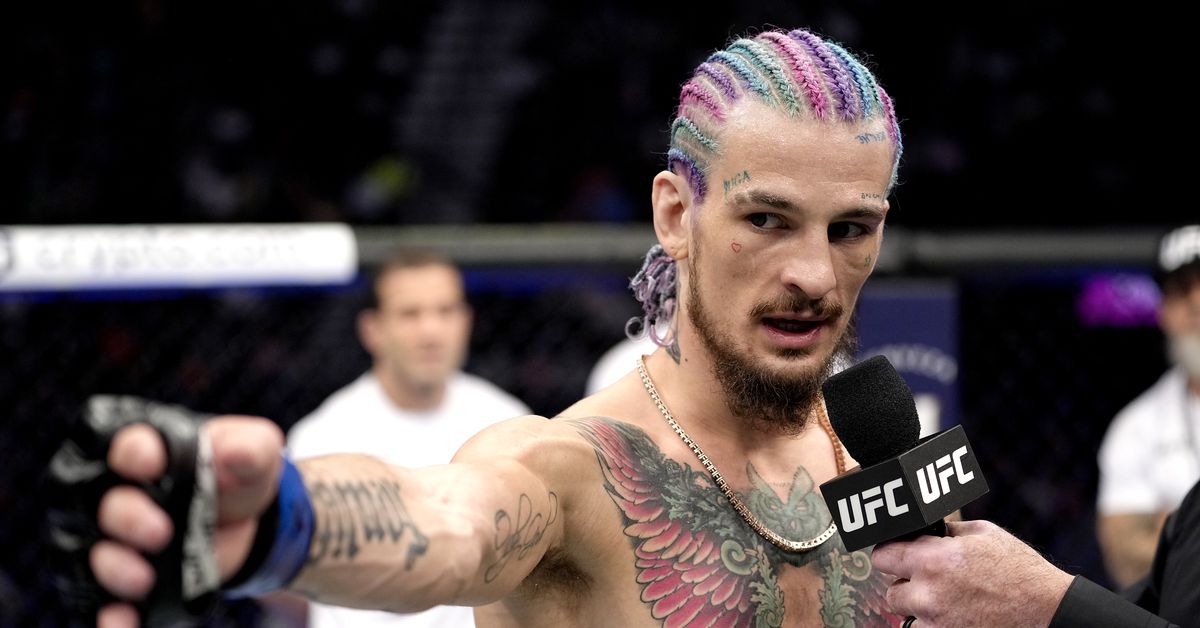 Sean O’Malley is not a fan of the upcoming bantamweight title fight between Aljamain Sterling and Petr Yan, especially because the two fighters aren’t headlining their own event.

O’Malley, who has been one of the more popular fighters on the UFC roster since his Octagon debut back in 2017, is one of the more promising contenders in the bantamweight division today. He’s coming off a spectacular knockout finish over Raulian Paiva at UFC 269 and has a massive following on social media to help boost his overall UFC stock.

While O’Malley is slowly working his way up the 135-pound ladder in hopes of one day fighting for a UFC title he’s left to sit back and see how the top of the division plays out. An upcoming title fight rematch between Sterling and Yan will provide some much-needed clarity heading into 2022, but O’Malley isn’t impressed with that impending matchup whatsoever.

The rematch between Sterling and Yan was originally booked to co-main event UFC 272 this coming March. But after a main event trilogy fight between Alexander Volkanovski and Max Holloway fell through for UFC 272 the promotion was left with Stering vs. Yan 2 as the main event. That didn’t seem to sit well with the people in charge so the rematch was subsequently moved to UFC 273 in April, which will now be headlined by Volkanovski vs. Korean Zombie.

It’s a mix-and-match that we’ve seen done before, but O’Malley believes it speaks volumes to the lack of star power provided by “Funk Master” and “No Mercy.”

“You know what is crazy to me, that Petr and ‘Aljo’ can’t main event their own pay-per-view. So their (the UFC’s) main event (Alex Volkanovski vs. Max Holloway 3) pulled out and they (Petr Yan and Aljamain Sterling) could not just be the main event? They’re not big enough.” said O’Malley on a recent episode of his ‘TimboSugarShow’ podcast. “It is so weird. This (135lbs) is the best division in the UFC. (Well) maybe, and they can’t even headline their own pay-per-view!”

O’Malley, who has carved out a 7-1 record throughout his tenure with the promotion, is already a bigger star than both Sterling and Yan. But considering O’Malley had a setback against Marlon Vera in 2020 and continues to disagree with the promotion over compensation to fight ranked opponents it’s going to take him a little longer than expected to fight his way to a title shot.

Until that time comes “Suga” will have to wait and see how Sterling vs. Yan 2 plays out, whether it’s a marquee matchup or not.