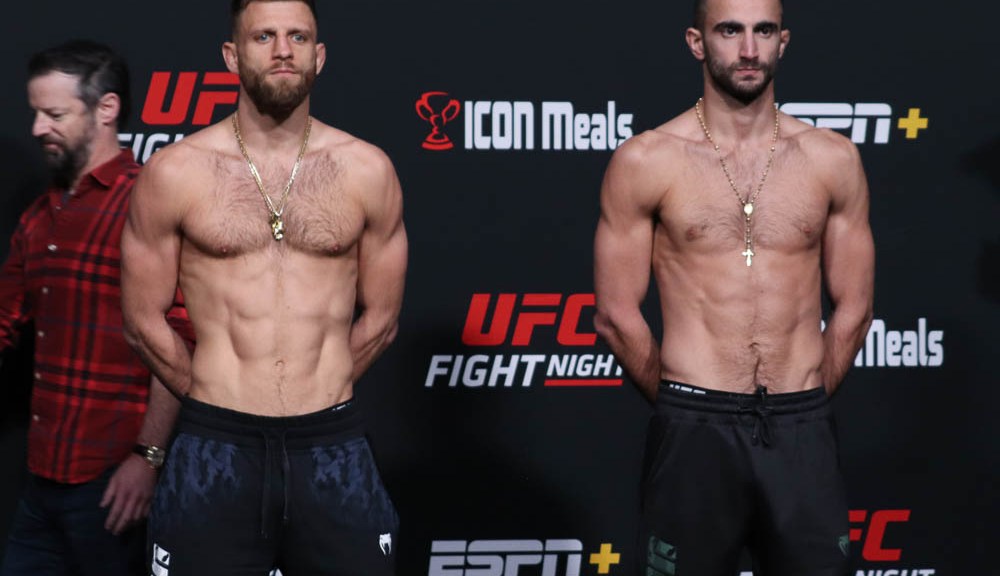 MMA Junkie analyst Dan Tom breaks down the UFC’s top bouts. Today, we look at the main card for UFC on ESPN 32.

With that in mind, I hope that these write-ups don’t come off as curt or dismissive, as my goal here is to offer quick picks and analysis in a digestible format. All odds listed are provided by Tipico Sportsbook.

UFC on ESPN 32 takes place Saturday at the UFC Apex in Las Vegas. The main card airs on ESPN following prelims on ESPN+.

If you’d like more detailed analysis from me, then feel free to check out my weekly show, The Protect Ya’ Neck Podcast.

So, without further ado… 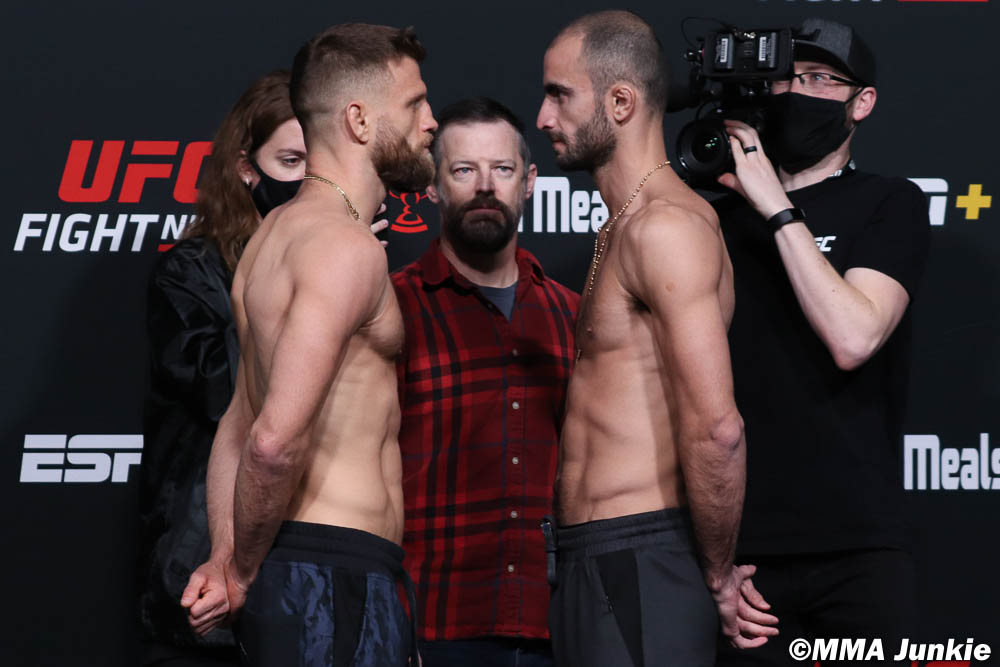 Summary: As stated in my in-depth breakdown, I believe that this could be a tricky fight to both call and bet given the intangibles and styles at play.

I ended up siding with the kick-heavy favorite in Giga Chikadze due to Calvin Kattar’s high guard and traditional vulnerabilities to kicks (particularly to the body). That said, I don’t trust Chikadze’s gas tank or game if he gets extended, which is why this is ultimately a dog or pass spot in my book. 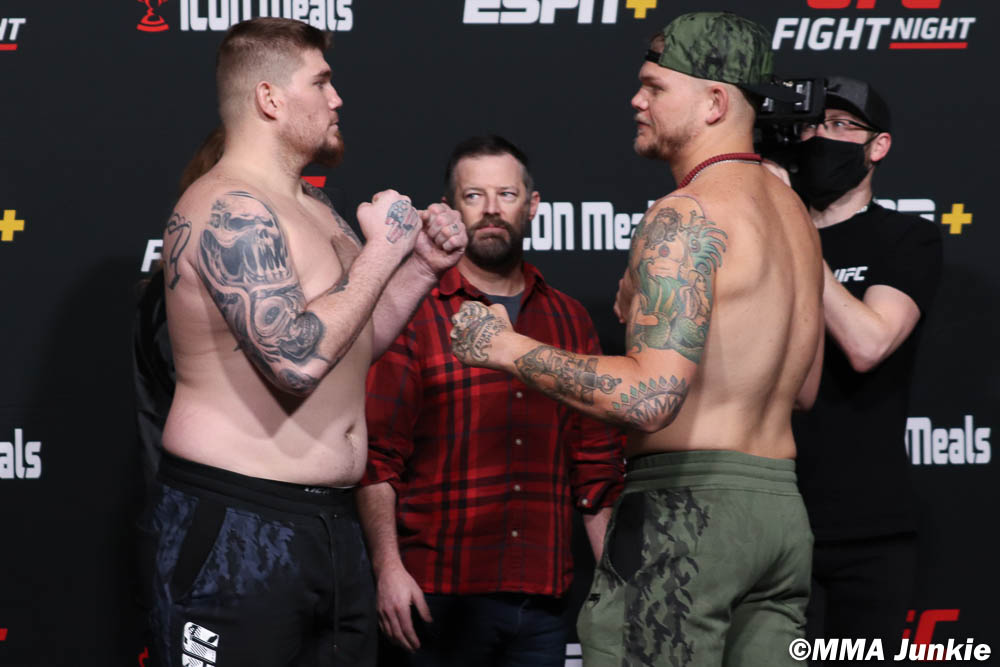 Summary: Although it feels like the UFC largely abandoned care for Fight Night co-main events back in 2019, this fight feels like one of the more straightforward offerings on the card.

Basically, unless Chase Sherman is able to blow Jake Collier out of the water within the first five minutes, then expect Collier’s superior cardio and volume to take over this fight. And considering that Sherman opened as a slight favorite, it seems like both the public and I are in agreement in regards to picking Collier to win, as I see it happening by decision. 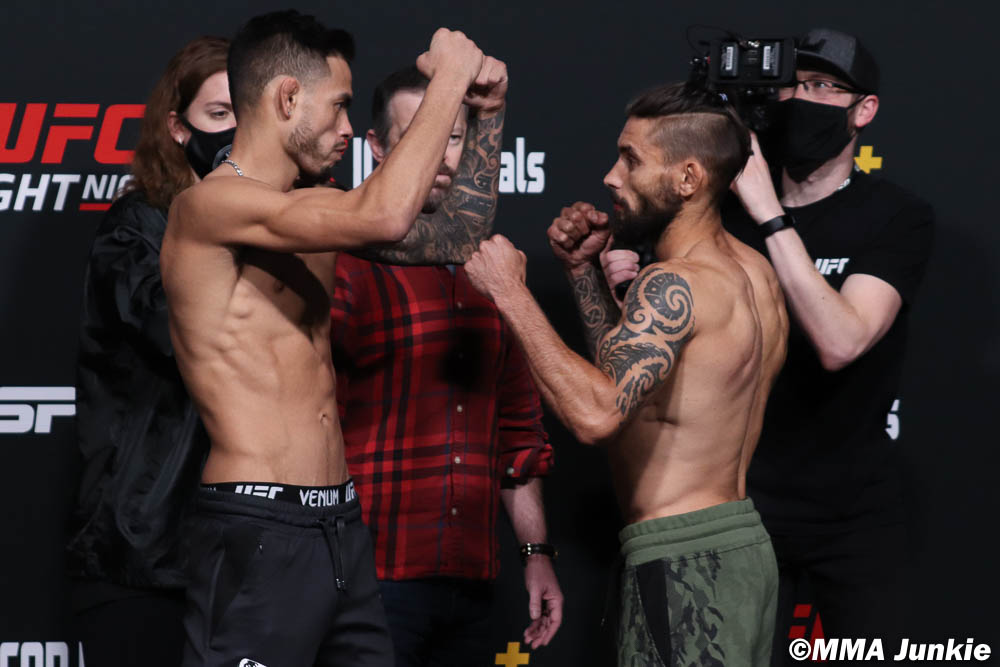 Summary: Despite initially looking to back the underdog in this spot, I ultimately decided to pick Brandon Royval after seeing Rogerio Bontorin on the scale.

Sure, Bontorin successfully made the flyweight limit, but he seemed a bit sucked out as he self-admittedly has trouble making the weight. In fact, Bontorin’s most inconsistent and questionable performances tend to happen when fighting in this division.

Don’t get me wrong: Bontorin is still a live dog due to his grappling prowess and the cage size of The Apex; I just suspect that Royval’s pace will take over this contest should his body hold together (as I also question how long we’ll see Royval in this weight class). 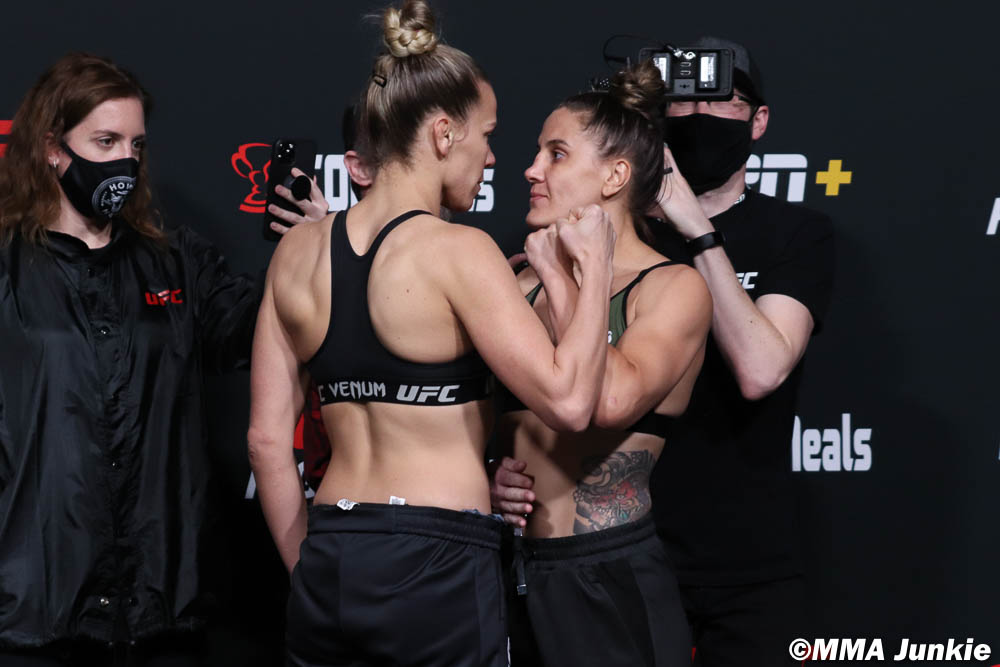 Summary: In their first fight back in 2019, Katlyn Chookagian was able to outpoint Jennifer Maia via superior volume and footwork. Maia was able to get some grappling going in the third round, but it was ultimately too little, too late.

Even though Maia will have the smaller octagon to work within, I still don’t trust her to consistently or meaningfully pressure given the somewhat counter-happy way she likes to stick and move on her toes. Add in the fact that Chookagian’s power and wrestling prowess has shown improvements, and I find myself siding with the American for another decision win. 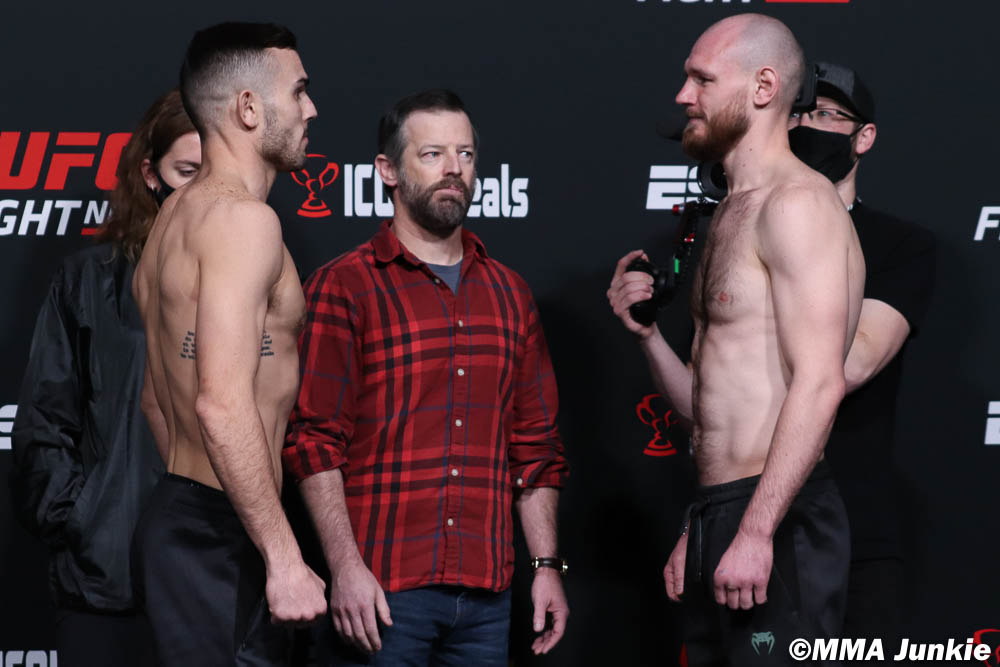 Summary: Despite this being another fight where I was looking to back the grappling underdog in the smaller cage, I ended up ultimately siding with Viacheslav Borshchev.

Although Dakota Bush is a sizeable lightweight with a wrestling base, he appears to be a bit too wild for me to trust from a betting perspective. Bush could certainly have a big opening round, but I believe that Borshchev’s defensive urgency and overall process will win the day via decision.

Summary: Not only was this fight in jeopardy early this week, but might be one of the harder matchups for me to call.

Joanderson Brito appears to check all the boxes from muscles to power that tend to attract the betting public, but I still would like to see him and his gas tank tested more before I favor him to beat a proven dog like Bill Algeo. For that reason, I ended up picking Algeo to survive the initial storms and pull away down the stretch.

Gannett may earn revenue from Tipico for audience referrals to betting services. Tipico has no influence over nor are any such revenues in any way dependent on or linked to the newsrooms or news coverage. See Tipico.com for Terms and Conditions. 21+ only. Gambling problem? Call 1-800-GAMBLER (NJ), 1-800-522-4700 (CO).