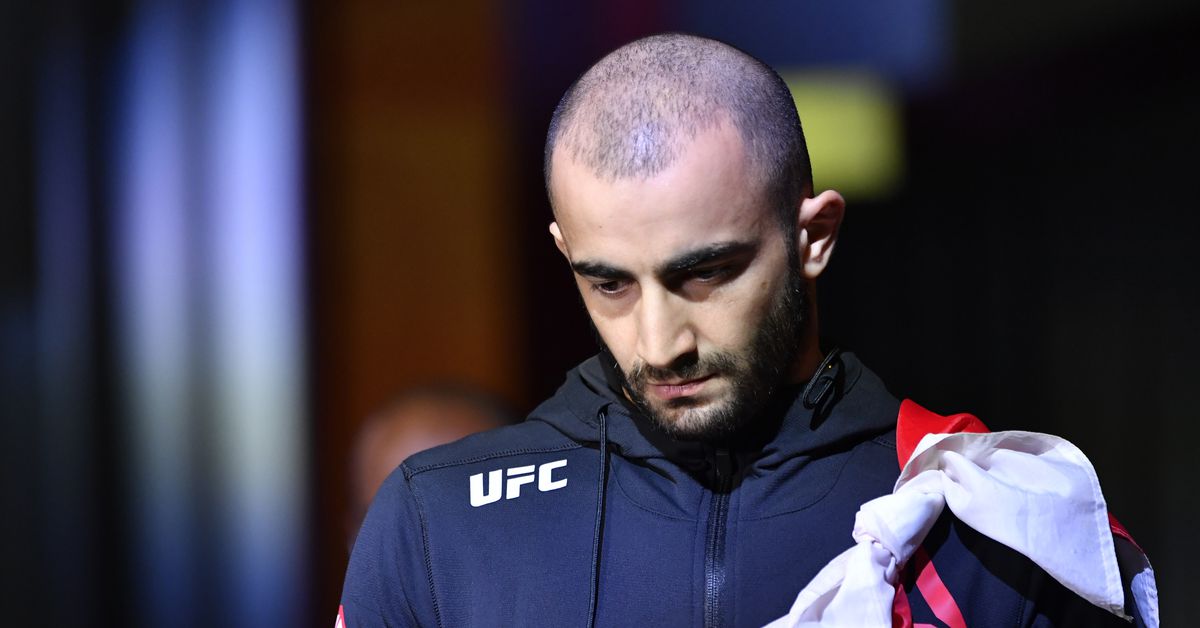 Giga Chikadze came into UFC Vegas 46 with a seven fight win streak and a lot of hype. In many people’s eyes, he was the rightful replacement choice after Max Holloway was forced to pull out of his trilogy fight against Alexander Volkanovski, above the man who was eventually chosen: “The Korean Zombie” Chan Sung Jung.

With the spotlight a UFC Fight Night main event granted, Chikadze did his best to talk like an inevitable champion. And these days, that means being brash and talkin’ trash.

“Honestly for me, I think [Volkanovski is] the easiest fight in the top 10,” he said in another interview. Regarding Jung getting tapped for a title shot he added “I know the champ — the chump — is trying to have an easy task. Top 10, everybody is tough, but I believe I already beat one of the strongest guys in the division the last time and now the easiest one in all these guys is ‘The Korean Zombie.’”

So wait, is Volkanovski the easiest or is Jung? Either way, he shouldn’t be surprised that Jung fired back after Chikadze got thoroughly worked over by Calvin Kattar on Saturday night (watch the highlights here). Jung’s message was short and sweet and understandable across all language barriers:

That earned “The Korean Zombie” a mention in Giga’s post-fight social media statement.

“Thank you my real supporters!” Chikadze wrote on his Instagram stories. “I love you all and owe you [a speedy] comeback. Lots of fake people around, but that’s okay!”

We’re not gonna criticize Chikadze for hyping himself up in the media, we know it’s a negative world out there and getting attention in the UFC often means slinging a bit of crap. But if you’re willing to dish it out , you better be willing to take it. And hey, at least this adds some beef to a Giga vs. Zombie showdown sometime in the distant future … something we’re still very interested to see.