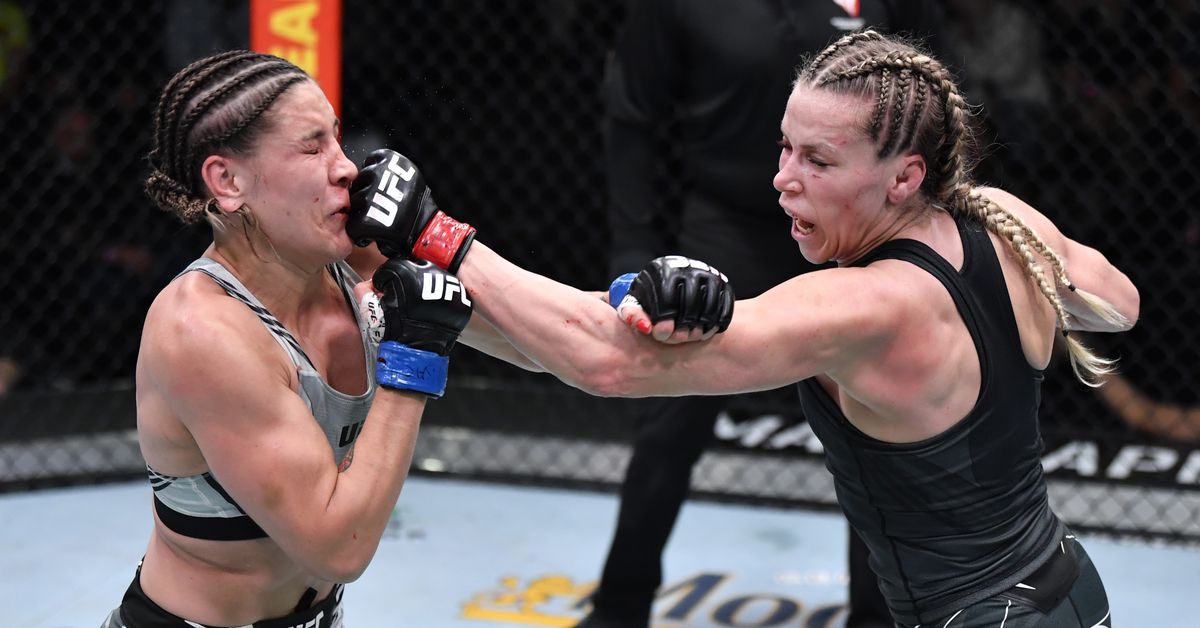 Katlyn Chookagian was the picture of consistency yet again as she used a volume striking attack combined with strong wrestling to beat Jennifer Maia as part of the UFC Vegas 46 main card.

Constantly beating Maia to the punch, Chookagian used her long range and rapid-fire strikes to keep the Brazilian at bay in nearly every exchange while also mixing in a couple of really well timed takedowns to earn the unanimous decision.

All three judges scored the fight 30-27 with Chookagian earning her 10th overall win in the UFC.

Known for her volume and pace, Chookagian didn’t give Maia a second to breathe as she used her quick output to immediately put the Brazilian on her heels. Despite facing a noted submission specialist, Chookagian actually dragged Maia to the ground and maintained control on top as the first round came to a close.

At the start of the second, Maia began throwing with more pop behind her punches, which led to her cracking Chookagian with some solid shots including one that opened a cut near the eye. In order to negate Maia’s aggressive attack, Chookagian used her height while launching a couple of hard knees directly up the middle that landed flush.

Chookagian then connected on another takedown before advancing her position yet again to put Maia in trouble momentarily just before the horn sounded.

With five minutes remaining, Chookagian was on point with a series of simple left-right combinations that just kept finding a home on Maia’s chin. In return, Maia was putting power behind every shot thrown but that also hurt her accuracy and left her open for those same straight punches coming from Chookagian in succession.

In the end, Chookagian’s consistency paid off as she got the win while also beating Maia for a second time in the UFC. The victory also puts Chookagian back on the path towards title contention as she takes out yet another ranked opponent while hoping that she can eventually earn another shot at reigning flyweight champion Valentina Shevchenko.