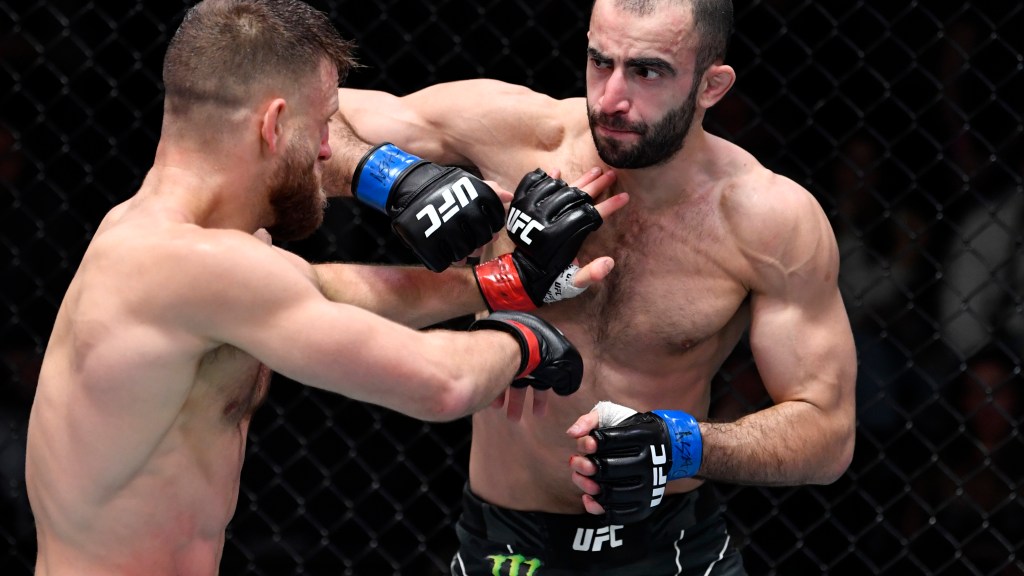 Giga Chikadze acknowledges his mistakes at UFC on ESPN 32 but thinks he beats Calvin Kattar any other time they fight.

Chikadze got off to a good start, whipping up an array of attacks to Kattar’s head, body and legs. But the tough Kattar was able to absorb those strikes and keep pressing forward until Chikadze wilted under the pressure. Kattar proceeded to cut up Chikadze’s face with numerous elbows, battering him over the course of the fight.

“I f*cked up last night, but it’s all good,” Chikadze said during a Facebook live session. “It’s the journey. I’m learning from this. Next time, I’m going to come back so much stronger. I already feel bad for my future opponents, so I’m going to learn a lot from this one. Trust me on that.

“Also, I feel like if I would fight with this guy 10 times, nine I would win. That would be the one I would lose, and that was last night. It is what it is. I made mistakes, and I’m paying now with that. It’s all good. I’m unbreakable, remember this sh*t. Georgians are always unbreakable. This is how we fight: until the f*cking end.”

After his “Fight of the Night” battle on Saturday, Chikadze shared a picture with Kattar at the hospital with the caption “Respect.” Chikadze was hoping to replace Max Holloway against featherweight champion Alexander Volkanovski but was out-campaigned by Chan Sung Jung, who is set to challenge Volkanovski in the main event of UFC 273 on April 9.

Chikadze criticized Volkanovski for opting to face Jung, but now that his winning streak has been snapped, his road to gold likely just got a little bit longer.