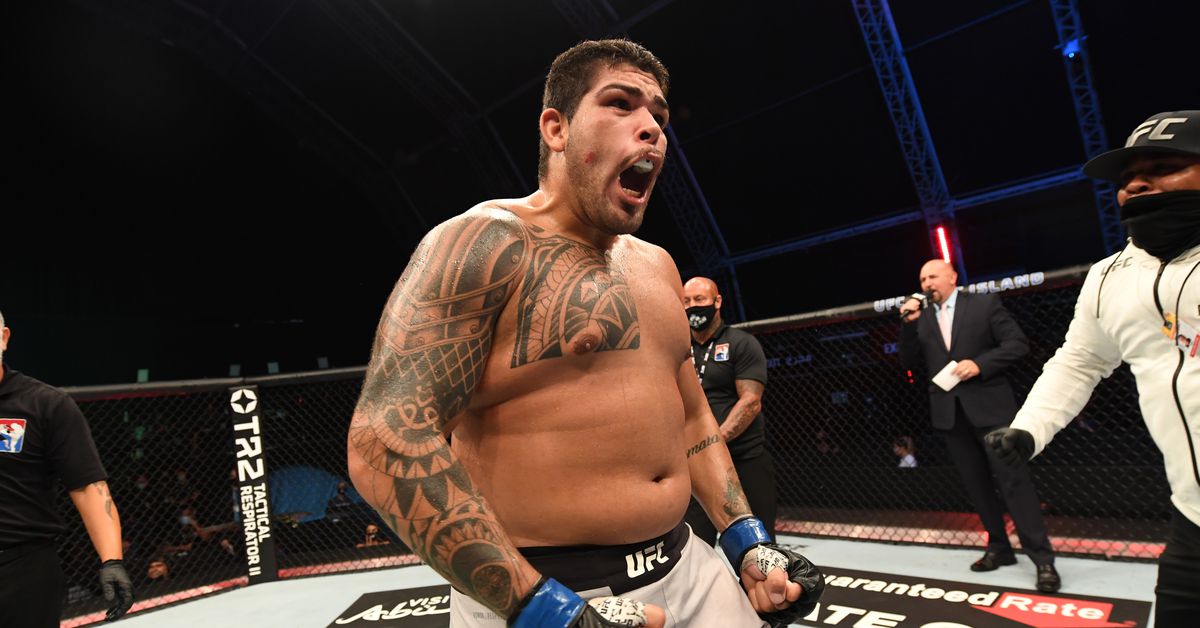 There’s a great scene in the 1988 classic Colors when “Frog” gets pinched by the LAPD but ultimately passes on bail because he’s “got more time than money.”

But not because he’s a “Golden State” gang banger. Instead, Felipe was busted by a different “man” — the narcs at United States Anti-Doping Agency (USADA), who claim a UFC Vegas 40 drug test returned positive for the anabolic agent Boldenone.

Manager Tiago Okamura, however, told MMA Fighting that Felipe “maintains his innocence” and only agreed to the sanctions because he was too broke to mount a defense, which would require a lengthy investigation, as well as additional drug testing.

The culprit appears to be a tainted supplement.

“After talks with lawyers, testing labs, and the Commission, we had a better understanding of what the defense would cost and it was quite expensive,” Okamura said. “We had about 13 non-certified supplements and 5 medications he had taken or made use of in that one-month window, and just the testing would cost around 300 to 500 USD each. On top of the actual open supplement he had taken, we would have to find other samples of these supplements/medications from the same lot as his as counter-proof if we did find one that was contaminated. After the results of the tests, we would have to hire a lawyer to do this defense, and that was estimated at up to 10k USD. And unfortunately, the amount needed to put up a proper defense along with the testing of all products was not something realistic for Carlos.”

Maybe we can get Jake Paul to pay for it.

Okamura also insists the Brazilian — who previously failed a drug test back in 2017 — knew the consequences of a second slip-up, which is why Felipe was taking extra precautions ahead of each fight. USADA, sympathetic to his plight, scaled down the corresponding punishment from four years to 18 months, retroactive to last October.

The 27 year-old Felipe, who lost a unanimous decision to former heavyweight champion Andrei Arlovski on the night of his positive drug test, was also fined $4,200 of his fight purse and $489 in prosecution fees.