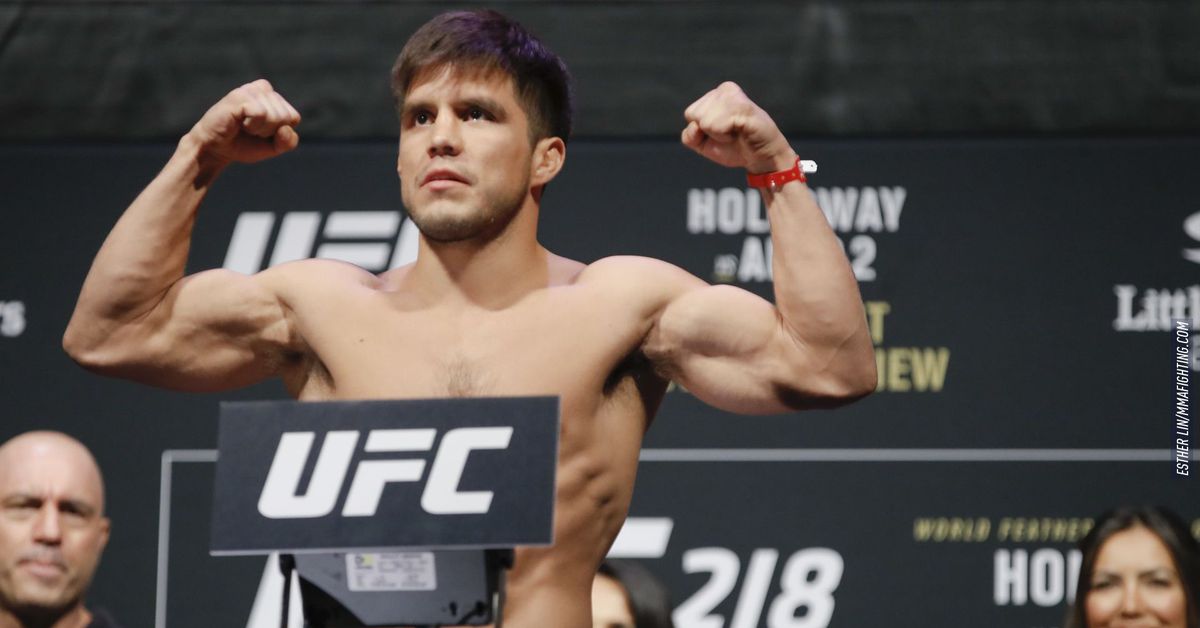 When Max Holloway was forced to pull out of the next featherweight title fight, former two-division champion Henry Cejudo campaigned aggressively for the chance to become the UFC’s first ever three-division champion. Unfortunately for Cejudo UFC President Dana White flatly refused to even consider “Triple C” for a featherweight title shot, saying that it made no sense for a fighter who isn’t a featherweight and who has been retired for nearly two years. Well, Cejudo may have figured a way around that second part, if the UFC is willing to open up the checkbook, that is.

“I would love to go to Russia and fight Petr Yan, that ugly potato in Russia, holding up a Russian flag this time and beating his ass in front of his own countrymen,” Cejudo told MMA Junkie. “Yes, I will take that dude down. Yeah, he’s a great striker. I could tell you that. When I talk about position, composure and distance, Petr Yan is really good at it, but I’m too much of a competitor. I’m too smart for this dude.

“I will take him down, and I will literally drown his ass with my wrestling. We’ll put him against the cage, and I ain’t no Aljamain Sterling, guys. I am so much more technical. I am so much better than these dudes. I am at a whole other level of competitors. Michael Jordan, he was the best at basketball. Think about it if he was able to do that in football. That’s what I’ve been able to do. What I’m saying is I have that competitive edge. I have that experience, and I just need that shot, and I need that bag full of money.”

Yan is the current UFC interim bantamweight champion and will look to unify his belt with Aljamain Sterling’s undisputed title in April. It’s a bout that Yan is heavily favored to win. But whether or not the UFC would even be interested in having Cejudo return remains unclear.

Cejudo retired from MMA in 2020 after successfully defending his bantamweight title against Dominick Cruz, saying that Dana White “knows the number” to get him to fight again. The UFC, however, didn’t put up much fight against Cejudo’s exit, officially vacating his belt 15 days after Cejudo retired. 20 months removed from that decision though, and with the bantamweight division arguably the most deepest and most exciting division in the sport, it’s hard to imagine the UFC having changed their position much. Cejudo, meanwhile, remains resolute in his.

Cejudo retired from the sport with a record of 16-2, having claimed both the UFC bantamweight and flyweight titles. Since his retirement, he has continually discusses a possible return but nothing has come close to fruition.

Champion. Alexander Volkanovski tears into ‘punching bag’ Giga Chikadze: ‘I would have made him look really, really bad’.

Confidence. ﻿Giga Chikadze still confident following Calvin Kattar loss: ‘If I would fight with this guy 10 times, 9 I would win’.

1) Get better every single day & enjoy every moment doing it

3) Help as many kids as possible through @Boxingbullies

5) Go to outer space with Jeff, Richard or, Elon.

Thanks for reading and see y’all tomorrow.