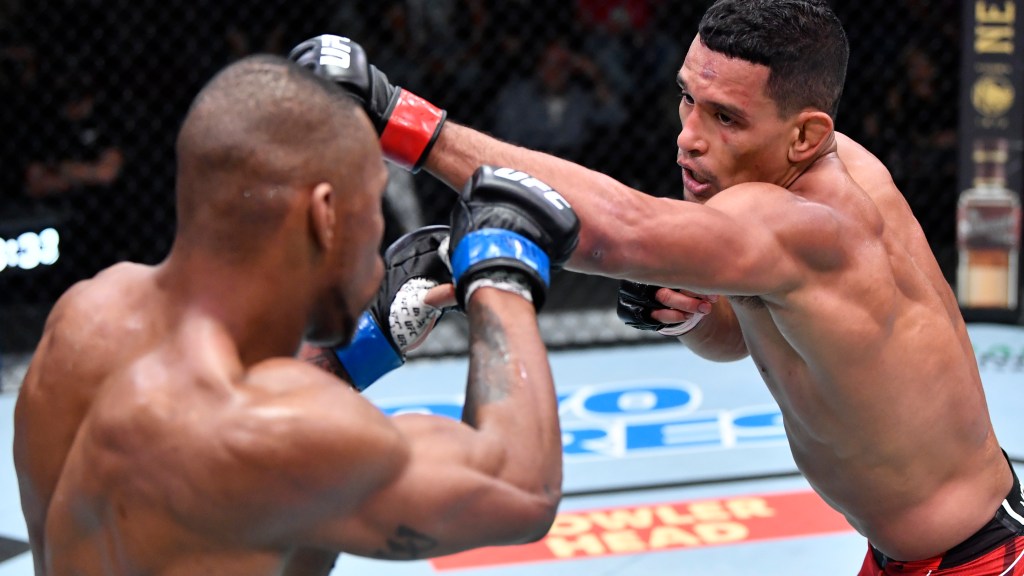 Welterweights Miguel Baeza and Dhiego Lima will look to rebound when they square off in April.

Baeza, a Dana White’s Contender Series graduate, will look to snap a two-fight losing skid after an unbeaten start to his pro MMA career. After a “Fight of the Night” war against Santiago Ponzinibbio in June, Baeza was stopped in the third round by Khaos Williams at UFC Fight Night 197 in November.

Lima is also coming off back-to-back losses. “The Ultimate Fighter 25” finalist scored three straight octagon wins, including a victory over Court McGee, but then dropped a decision to Belal Muhammad and, most recently, a knockout loss to Matt Brown in June.

With the addition, the UFC Fight Night on April 16 lineup includes:

Pereira-Adesanya, Masvidal-Burns set at UFC 287
‘I Regret Not Being This Monster I Am Again’
Former UFC Fighter Jimmie Rivera Becomes A New Jersey Police Officer
Pereira Vs. Izzy 2, Masvidal Vs. Burns Headed To UFC 287
Marlon Vera vs. Cory Sandhagen shifts to UFC on ESPN 43 in San Antonio