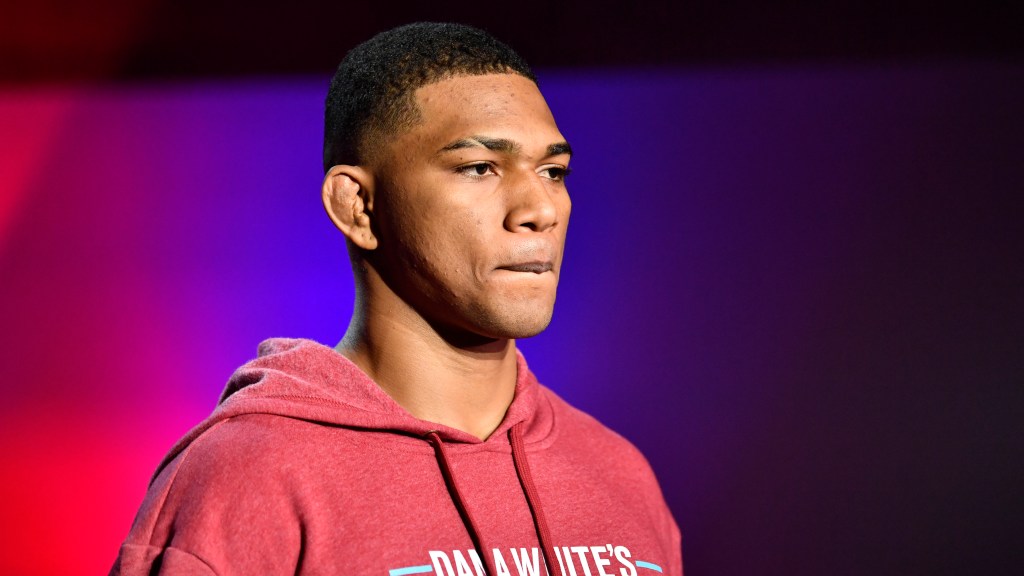 Michael Morales was born to compete in combat sports in one form or another.

At just 22 years old, the UFC newcomer makes his promotional debut Saturday at UFC 270 in Anaheim, Calif. He takes on veteran Trevin Giles in a welterweight contest. Although it might seem at a glance that Morales (12-0 MMA, 0-0 UFC) is just getting started in his combat sports career, the Ecuadorian has well over a decade of experience.

Morales got his start in fighting at an early age, and it was all thanks to his parents – both judo black belts.

“Everything started with my family, mainly my mom,” Morales told MMA Junkie in Spanish. “I was around 5 years old when I started with judo. My mom was a judo teacher, and my dad as well. But I started liking this (combat sports) and getting into it when my mom would take me to her competitions.

“I started training judo, and that’s how it all started when I was five. After some time (in judo), it wasn’t really my thing, so they put me in wrestling when I was 10. I began competing at 13 in youth tournaments, and after some time, I was able to compete on a national and then international level. At 15 years of age, my dad took me to a (MMA) gym in a town nearby. Then when I was 14, 15 I fought (amateur), and at 16 I debuted professionally. And that’s how it all started. It’s been a long trajectory.”

Morales’ mom, Katty Hurtado, has the hierarchy in judo between both of his parents. She’s a third dan judo black belt who retired from competition when she was 42. She is currently an international referee in judo.

Hurtado has been a huge support of Morales’ MMA career.

“At first she didn’t like it,” Morales explained. “When I was 15, she would watch me spar, and she thought it was too violent. But after my first fight she really began to support me even more than what she did. She never rejected this. She was just simply worried and would tell me to be careful and all that. And now she likes it. She’s my No. 1 fan, and she’s always looking out for me.”

Morales won his ticket to the UFC in September by picking up a unanimous decision over Nikolay Veretennikov at Dana White Contender Series. He’s currently the second Ecuadorian in the promotion along with pioneer Marlon Vera.

Morales is now living in Tijuana, Mexico and training out of Entram Gym, which is home to UFC champion Brandon Moreno. Morales is excited to debut in the biggest MMA organization in the planet and represent Ecuador in the octagon.

“For me, leaving my country, it’s something that’s very tough, but I have to follow my dreams,” Morales said. “Now that I have more support from the people of Ecuador, the support of my trainers, and more importantly the backing of my mom, it’s something incredible.

“I didn’t even believe it when they called me to fight at UFC 270 to start the year and debut. This whole experience is incredible, and it’s important for my country. This is big. This is big. I always said I never thought I would be debuting (for the UFC) at 22. I thought maybe 25, 26 and maybe even older. But things worked out this way, and I’m ready for war.”

Dustin Poirier Gives Trolling Reaction To McGregor/Chandler TUF News
Fedor Emelianenko Reveals How He Wants To Be Remembered In MMA
Jaylon Bates out to set blueprint on how to beat Jornel Lugo at Bellator 290: ‘I’m coming to finish him’
Sean Strickland explains why he’s the ‘coolest MMA fighter’
Sergey Spivak Taps Out Derrick Lewis at UFC Vegas 68