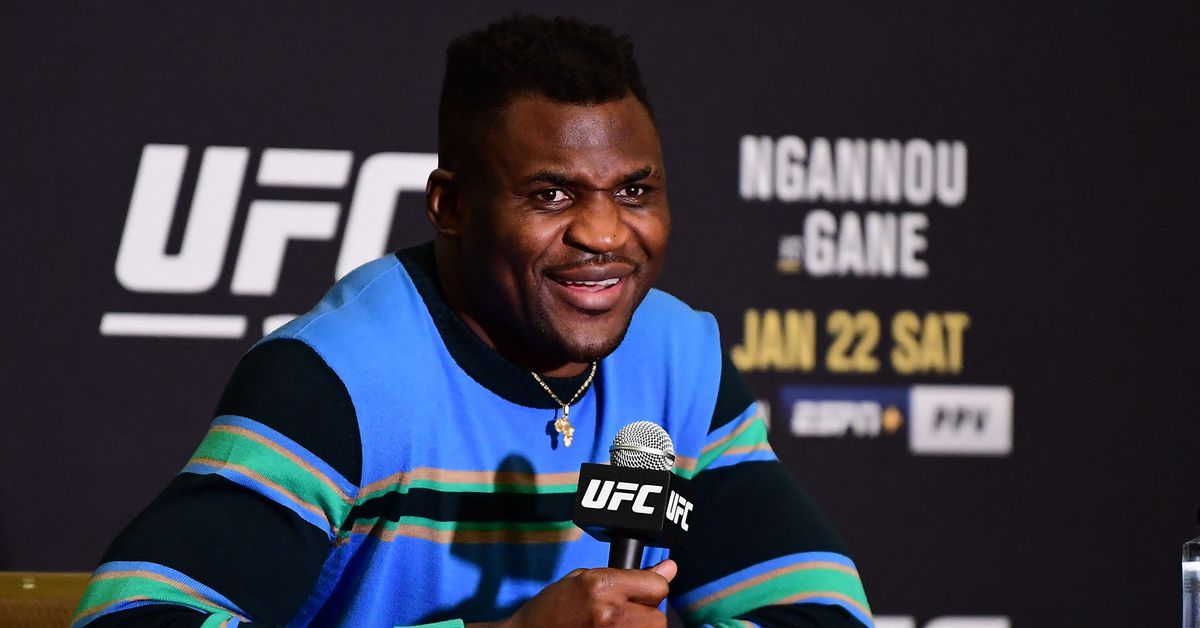 A huge part of the narrative surrounding the upcoming UFC 270 main event is the history shared between Francis Ngannou and Ciryl Gane.

The only problem is, the reigning UFC heavyweight champion doesn’t understand where that story started. Because while he did count Gane as a training partner three years ago for a few sessions, he said the two of them were never all that close, much less enough to be considered teammates or friends.

“We just spent a few sessions in three weeks, which was maybe six sessions of training,” Ngannou said during UFC 270 media day. “Definitely less than eight [training sessions]. That was back in January 2019. Because after I fought Curtis Blaydes in China, I went back to Cameroon, and on Christmas, I had the Cain Velasquez fight. So I couldn’t come back to Vegas on time to set up a training camp, because the fight was in Feb. 17, so I stopped in France to train there for one month, and at the time, Ciryl was there training for his fight in TKO, I believe.

“So he left before I left; I think it was three weeks before I left to go for his fight. Then after that, by the end I think it was Feb. 3, I flew to Phoenix. I was there for two weeks before the fight. That’s it. I don’t know where you guys came from with all this friendship [and] sparring partner. Other than what I explained to you, there’s nothing else. I do believe if you ask him those questions, he’s going to approve those answers. I think regardless, he’s honest.”

During that brief period of time where Ngannou did work alongside Gane, video footage from those sparring sessions was produced, which received a lot of attention in the lead up to Saturday night’s main event fight.

Ngannou claimed the footage was manipulated to make Gane look better in order to promote their upcoming fight. Former head coach Fernand Lopez then fired back by adding that nothing in the clip was altered or changed, but that particular sparring session ended after Gane hit Ngannou with a knee to the midsection that momentarily dropped him to the mat.

Discussing the few times they did spar in France, Ngannou countered by revealing a separate incident where he allegedly separated Gane from consciousness after accidentally hitting him with a head kick.

“Yes, I knocked him out [with] a left high kick,” Ngannou said. “There’s a lot of reasons why that footage didn’t come out. Well, let me say this, that knockout wasn’t a voluntary knockout. It wasn’t in sparring. It was an accident. I didn’t intend to knock him out. I didn’t go there to knock him out.

“So personally, it’s not something that I would be proud of and feel tough because I knocked my sparring partner out or knocked him down or whatever. Usually, that stuff happens in training, but it’s always an accident. Because we are committed to take care of our partner. That’s how it works.”

Between the sparring footage and public exchanges with his former head coach, not to mention the upcoming fight at UFC 270 serving as the final bout on his current contract, Ngannou has plenty of potential distractions to draw his attention away from the battle at hand.

While that may be what everybody else wants to talk about right now, Ngannou promises that his only focus has been beating Gane, defending his title and cashing his paycheck at the end of the night.

“First of all, I don’t really like to talk about it, but yes, it’s going to be a relief to get this over, and I don’t have to talk about it,” Ngannou said. “I have been trying [to ignore it]. Before I got here, I didn’t think about it until you picked up your mic.

“I do believe that many people deal with a lot of stuff before fights. Whether it’s a contract or drama stuff or some ex-girlfriend sh*t or ex-wife, I don’t know. People deal with stuff, so you have to figure out your own sh*t and do what you have to do.”