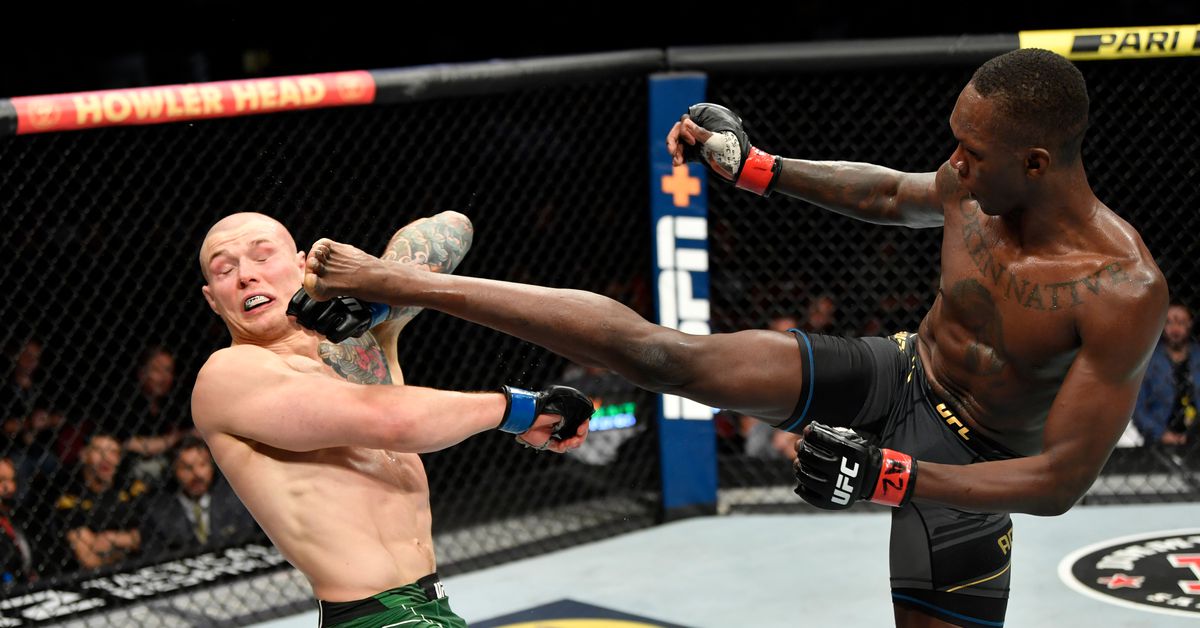 The Italian competitor earned a lot of goodwill throughout the chaos of his match up vs. Paulo Costa. Against an opponent who missed weight by a ridiculous amount and threatened to walk if substantially fined, Vettori gamely focused on the task at hand, absorbing some hellacious shots to defeat Costa in likely the biggest win of his career. Unfortunately, Vettori’s pair of losses to Adesanya must sting quite severely, as he refuses to really acknowledge either the losses or Adesanya’s talents.

“The way Adesanya fights, he fights like a b—ch, bro, I swear. He fought me like a b—ch, he fought Romero like a b—ch. When he knows, like he can’t really hurt a guy or nothing, he’ll fight like, he’ll fight and run,” Vettori said to ESNews (via Cole Shelton). “He’ll score, he’s like, ‘oh, you got to beat me to become the champion.’ His mentality is not like, ‘I’m the champion, I’m going to f—k you up.’ That’s my f—king rant. He’s thinking like, ‘Oh, I’m going to cruise, if you want to come and beat me, you’ll have to beat me’. That’s how he thinks. That to me, he can’t be pound-for-pound best.”

Sadly for “The Italian Dream,” Adesanya’s mentality and strategy certainly seem to be working. The 32-year-old kickboxer has already defended his Middleweight crown three times, and he’s claimed the No. 3 spot on the pound-for-pound list. Next up for Adesanya is a rematch vs. Robert Whittaker at UFC 271 on Feb. 12 from Houston, Texas.

Vettori, meanwhile, remains unbooked but is ultimately pursuing a third fight opposite “Stylebender.”

Ciryl Gane has managed to keep fair perspective on his interim belt. In general, “Bon Gamin” seems like a pretty level-headed guy.

This is a high-quality match up of strikers! I guess Karl Roberson is heading up to 205 lbs. for good?

I actually thought Ryan Garcia’s thoughts on balancing social media stardom and boxing activity were quite interesting. Like Sean O’Malley, Garcia’s fame and earning ability outside the ring definitely increase his negotiating power.

Love it or hate it, Ultimate Fighter (TUF) continues to produce champions on a long enough timeline.

This may not be the most visually impressive feat to those unaware, but holy crap, I am impressed with Georges St. Pierre’s performance.

Nice bit of an upward angle on the jab to raise the chin and line up the left hand:

Day10 jūryō: I don’t share a lot of Yago’s (R) bouts as his sumo never excited me, but he really seems to want the yūshō and can stay in lead (9-1) here if he wins – maybe knowing at J14 he was facing relegation again lit a fire under him. #hatsubasho2022 pic.twitter.com/5ZpGkaojti

This ax is freaking cool.