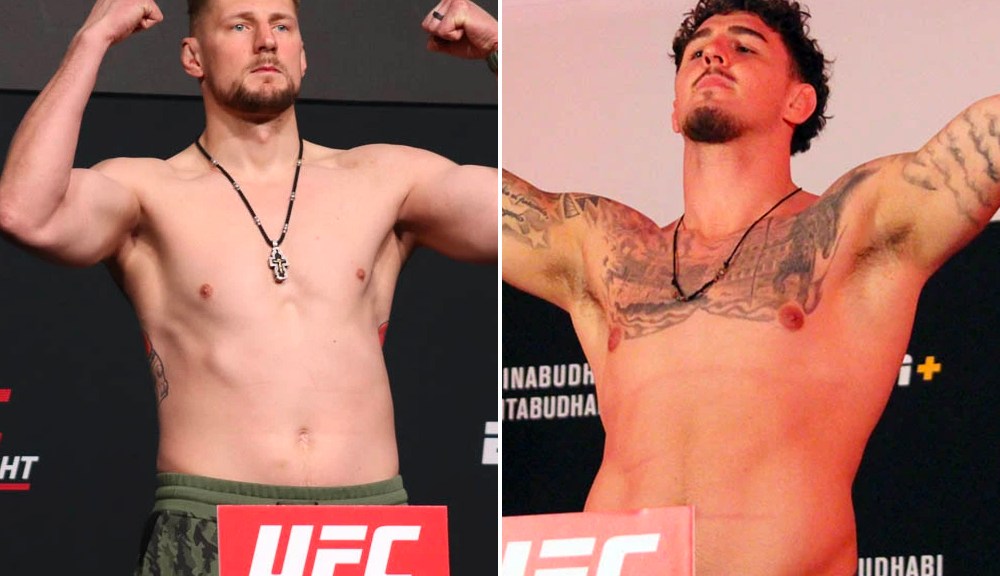 The UFC’s return to London in March has a heavyweight headliner.

While the March 19 card is not official, it is expected to take place at O2 Arena in London with a broadcast on ESPN and ESPN+.

Volkov got back in the win column this past October with a decision over Marcin Tybura at UFC 267. In June 2021, he dropped a decision to Ciryl Gane, who went on to win the interim heavyweight title. The loss to Gane snapped a two-fight winning streak of knockouts against Walt Harris and Alistair Overeem, the latter of which won a post-fight bonus award.

Aspinall, from Manchester, will fight in front of his home-country fans for the first time as a member of the UFC’s roster. He fought exclusively in England for his first nine fights before he signed with the UFC for a July 2020 Performance of the Night debut with a first-round knockout of Jake Collier.

With the addition, the UFC’s London card now includes: