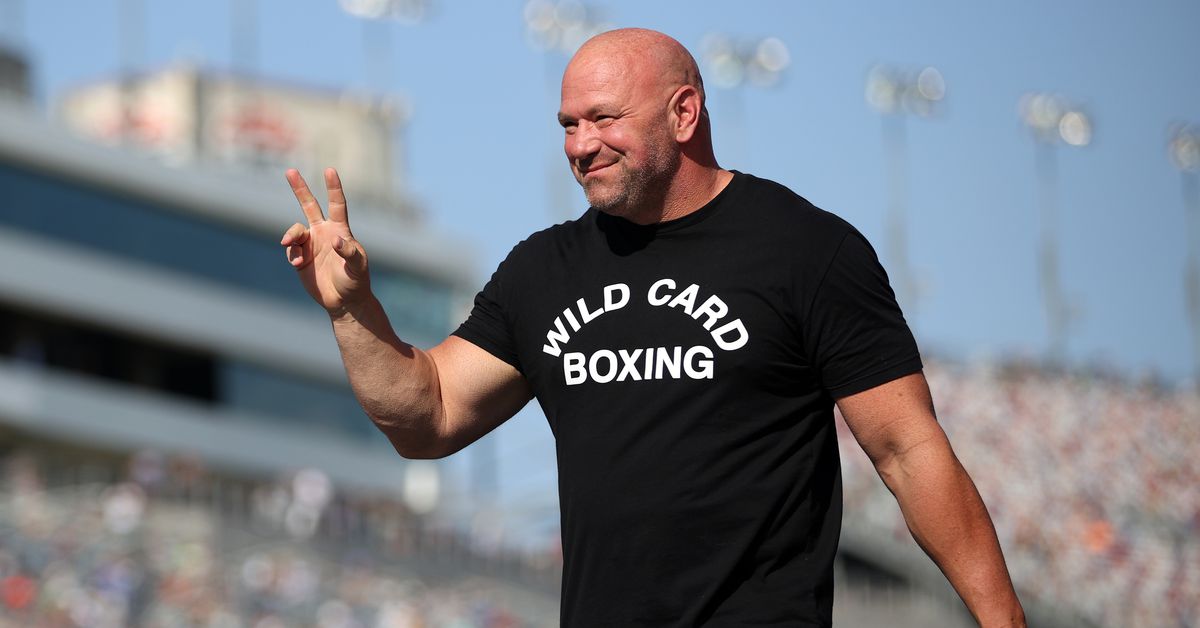 UFC President Dana White thinks Francis Ngannou may be taking his eye off the ball in advance of a title unifier against Ciryl Gane at UFC 270, casting doubt on the heavyweight champ’s mindset amid a showdown over his contract.

“You’re talking about, you don’t want to fight under your contract – he gets a piece of pay-per-view, like all the other champions do,” White told Jim Rome on Thursday. “You’re worried about all these other things – I want to box Tyson Fury. … You’re the underdog on Saturday night. You’re not a huge, 10-1 favorite. … Beat Ciryl Gane. Win this fight, then you can start talking about the possibility of other things.”

Ngannou has drawn a line in the sand prior to UFC 270, saying he won’t fight against under his current contract, which he indicated paid a base salary of between $500,000 and $600,000. Where that leaves him given the terms of his deal remains unknown, but he has said is willing to wait things out until he becomes a free agent and that boxing must be a part of his next deal. He has also said he wishes to re-sign with the UFC, though his management appears to be at an impasse with the promotion.

Current betting lines have interim titleholder Gane as a slight favorite to upset the champ at -150 to Ngannou’s +130. Gane is coached by Ngannou’s former head coach Fernand Lopez and has won seven straight fights to get his shot at the undisputed title.

Ngannou has said he is not focused on the stakes outside the cage. But White insinuated that his success may be a distraction. The UFC president repeatedly has made the same claim regarding stars on the outs with the promotion over money or the terms of their contracts.

“Let’s be honest, Francis is in a place where he’s made a lot of money. He’s building a big house back in his home country in Africa, he’s building gyms for kids over there. He’s doing all these things – Ciryl Gane wants what this guy has got. You’ve got that guy that’s coming up and is hungry.

“Nobody has enough money. Nobody’s ever going to say, ‘Oh, they’re paying me too much, I’ve got too much money. But this guy has made some real money, and he’s out there spending it and doing his thing. Ciryl Gane wants that real money now.”

White hasn’t dismissed outright the idea of another boxing crossover fight featuring Ngannou, who’s sparred with heavyweight boxing champ Fury over social media on several occasions. But he downplayed Ngannou’s desire to step into the ring and indicated he would not fare well against Fury.

“All these guys think they want to box,” White said. “Him boxing TySon Fury, he’s got that kind of power that anything could happen. But he should be worried about Saturday night. That’s one of the problems when you start jumping over and thinking about things – focus on Ciryl Gane and winning this fight.”

Ngannou has said he believes his current contract is fulfilled when he fights Gane. He said he’s been talking about a boxing crossover for the past year and believed the UFC was open to the idea before the latest round of headlines. He and White agreed a chance meeting recently at a Las Vegas restaurant cooled tensions briefly.

Of his current relationship with the UFC heavyweight champ, White said “it’s definitely not fixed, but I’ve been doing this a long time – believe everything is fixable.”