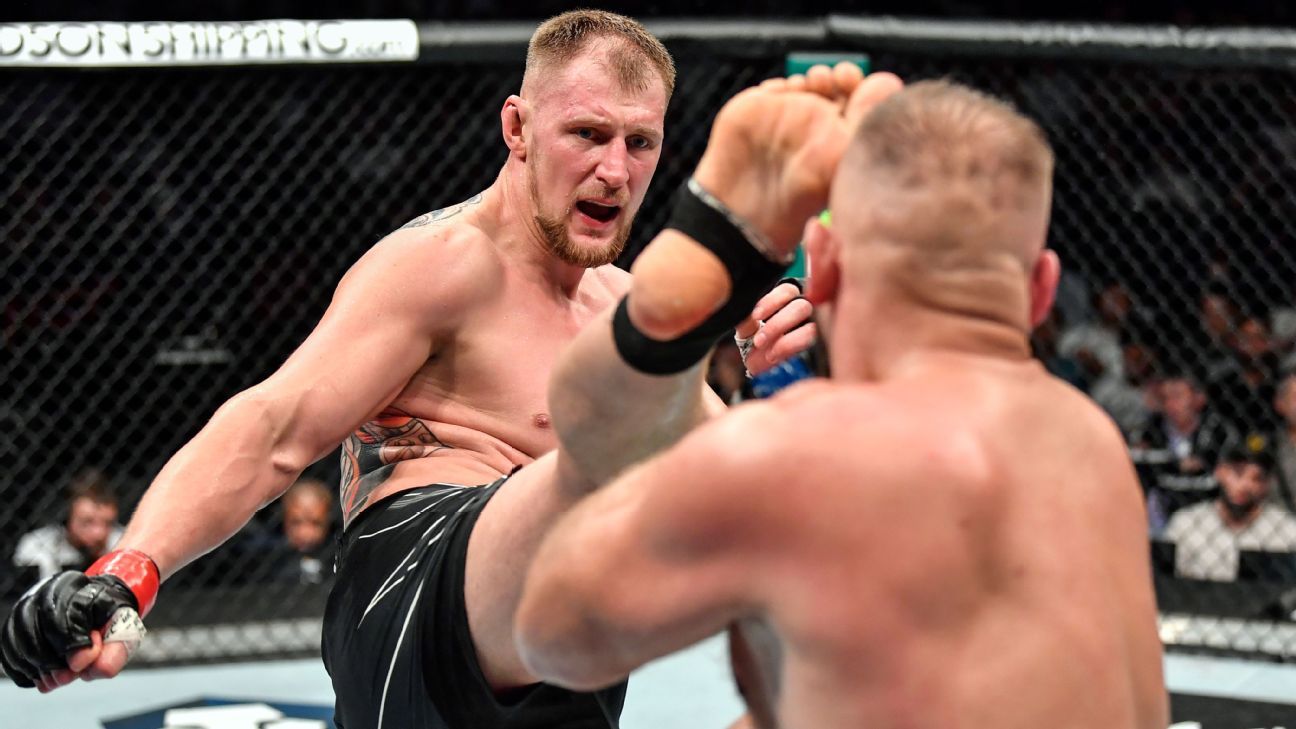 The UFC has not held a live event in London since March 2019. The promotion’s first canceled event of 2020 due to the Covid-19 pandemic had been scheduled to take place at the O2 Arena on March 21 of that year.

Aspinall (11-2) originally was set to face Shamil Abdurakhimov on the same card, however the UFC elected to break up that fight in favor of this new main event.

Fighting out of Liverpool, Aspinall has won seven in a row and is 4-0 in the UFC. His most notable win came via rear-naked choke against Andrei Arlovski last February. He has finished all four of his UFC opponents.

Volkov (34-9), of Russia, is a 12-year veteran of the sport. He has an 8-3 record in the UFC, with wins over Alistair Overeem, Fabricio Werdum and Roy Nelson. He is coming off a decision victory over Marcin Tybura in October.

Volkov and Aspinall are ranked Nos. 5 and 10, respectively, among UFC heavyweights.