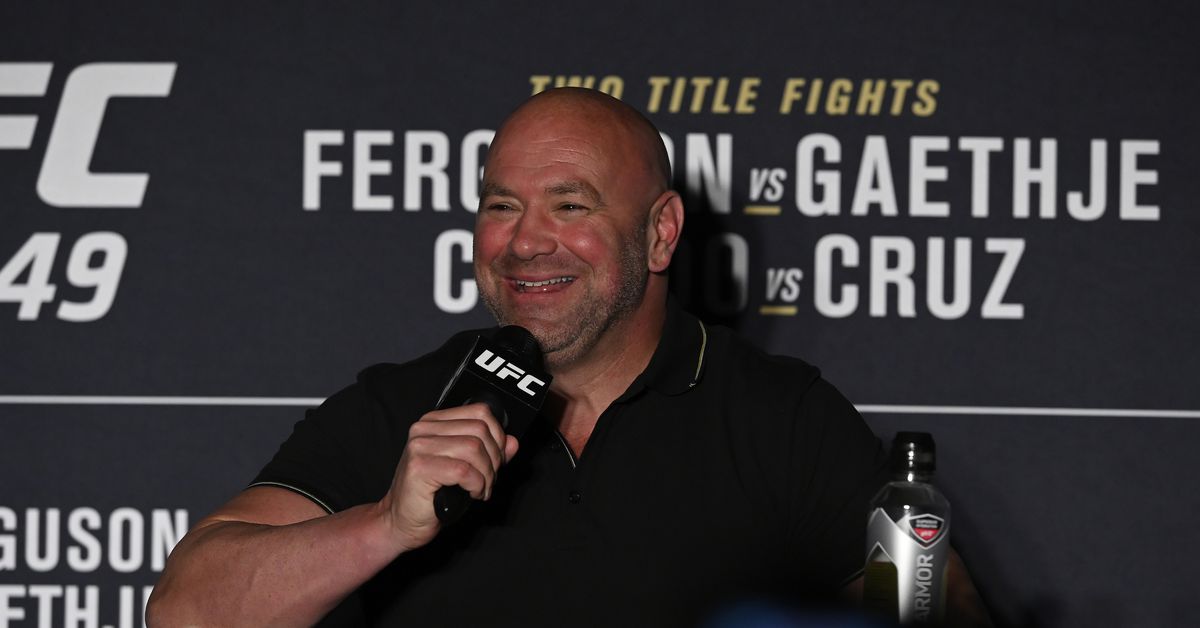 What is the metaverse exactly? As this metaverse layman understands it, it’s perhaps more of a concept than fully realized place at the moment, but the general idea is to create a vast virtual world with limitless possibilities and bring it to a massive userbase. It might be the future of social media and online interactions, a new version of the Internet. There are also ties to cryptocurrency and NFTs, and perhaps UFC fights?

Credit to Dana White, the man is always looking for a new avenue to promote fights. Speaking on The Full Send podcast, White explained UFC is working on bringing fights to the metaverse.

“We’re looking to do a fight in the metaverse,” White explained (via Essentially Sports). “We’ve been working on it for a while, be it a live fight, an actual fight that takes place inside the metaverse.”

“It’d be kids at home could, you know, you put on your f—king goggles and you can f—king get up and go walk around and you know. We’re still working it out, but yeah, it’ll be soon. We’ll be doing a fight in the metaverse.”

Naturally, this (virtual) experience will come at a cost. White added that fans would be able to purchase seats, and he also explained that the metaverse fights will tie into social media and streaming as well. At the moment, it sounds several steps away from a complete product, but it will be interesting to see how UFC heads in this direction.

Francis Ngannou is the latest to join the USADA ugly jacket club.

One more highlight from the other half of tomorrow’s main event — it’s hard not to be a fan of both men, in my opinion!

This might just be the best possible fight to make at women’s Flyweight. Both these ladies can crack!

A strawweight bout between Jessica Andrade and Amanda Lemos is targeted for the April 23 UFC Fight Night card, multiple sources told me. Story coming to @MMAFighting.

This stunt seems straight out of Tony Ferguson’s training manual.

Add Khamzat Chimaev to the already massive list of UFC fighters working out at Tiger Muay Thai. It’s good to see them rolling again after COVID-19 shut down Phuket.

Brandon Moreno is the coolest.

I don’t mean to shock anyone, but the guy who looks a full weight class bigger wins this one.

Is getting kneed in the face the best setup for a heel hook?

Brutal precision to first dig the toes into the liver then follow up with another left hand rip.

How Blagoy Ivanov cheated death to become a UFC contender
Fedor Emelianenko Reveals How He Wants To Be Remembered In MMA
How Long Can Jamahal Hill Stay Champ After UFC 283 Vacant Title Win?
Boxer Liam Wilson Accuses Opponent Of Weigh-In Tampering
Leon Edwards will give Jorge Masvidal a title shot if Masvidal wins at UFC 287: ‘Let’s get in there and settle it once and for all’