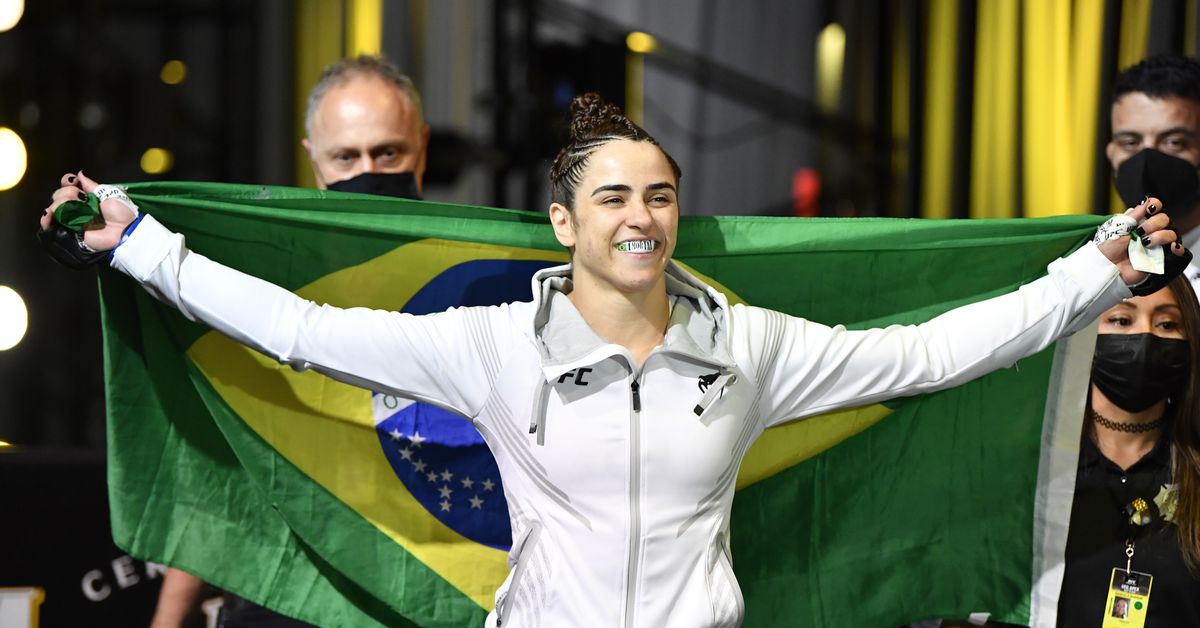 Macy Chiasson is sticking around at featherweight for her next octagon appearance.

Multiple people with knowledge of the promotion’s plans confirmed to MMA Fighting that the UFC is targeting a bout between Chiasson and Norma Dumont in a 145-pound matchup on May 7 at a location and venue yet to be announced. The hope is to host the event in Rio de Janeiro, Brazil.

After dropping her octagon debut to Megan Anderson in February 2020, Dumont has won her next three appearances. “The Immortal” went on the earn decision victories over Ashlee Evans-Smith and Felicia Spencer before getting the opportunity to compete in her first UFC main event, in which she defeated Aspen Ladd over five rounds at UFC Vegas 40 in October.

Chiasson recently had a two-fight winning streak snapped by Raquel Pennington via submission at December’s UFC Vegas 45 event. The Fortis MMA product took the bout on short notice at featherweight and missed weight by 2.5 pounds. Prior to her December appearance, Chiasson picked up decision wins over Shanna Young and Marion Reneau.