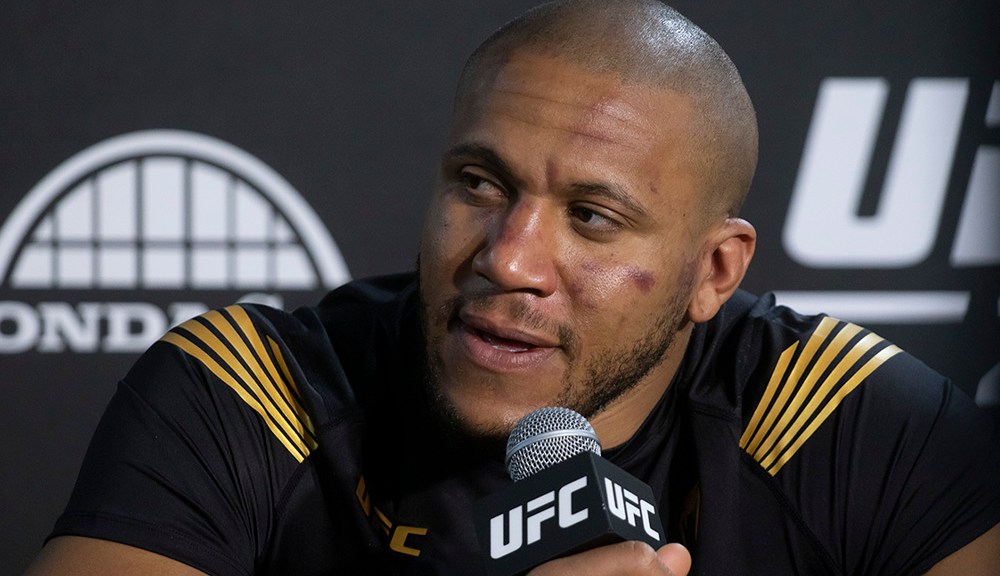 By Nolan King and Ken Hathaway |

ANAHEIM, Calif. – While many fans watched at home, in surprise at the grapple-heavy attack of Francis Ngannou in the final three rounds of UFC 270 on Saturday, his opponent Ciryl Gane knew it was a strong possibility.

Gane (10-0 MMA, 7-0 UFC), who lost to Ngannou (17-3 MMA, 12-2 UFC) via unanimous decision in a title unification main event at Honda Center thought one of the best shots his former training partner had was to engage in grappling.

When he thought back to the sequences on the ground, Gane didn’t think Ngannou was the most technical with his grappling as much as he used his sheer strength.

The loss hurts, admitted Gane, but there are likely lessons to be learned from it. One way or another, Gane repeated his hope for a rematch in the future, which would mean Ngannou’s contract disputes with the UFC would likely need to come to a hed.

“This is a reality,” Gane said. “This is hurting me a lot but this is the truth. I hope tomorrow I’m going to improve. I’m going to do more to be a better version of myself. … If he leaves like that, I won’t want that. I want my rematch. I want to do this fight a second time. I want this fight. I want this rematch.”