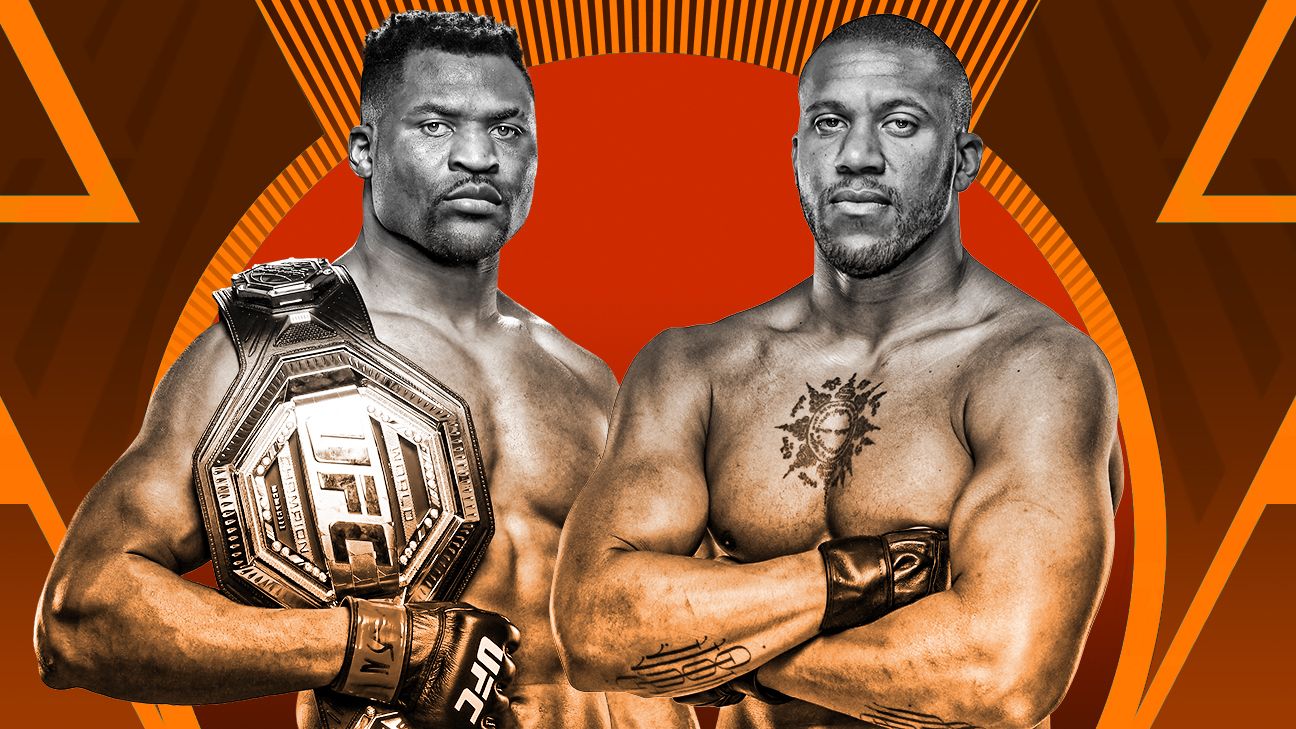 ANAHEIM, Calif. — Francis Ngannou and Ciryl Gane are former sparring partners. That might be the only thing the two agree on at this point.

At a news conference Thursday, Ngannou and Gane argued about whether they were actually ever “teammates.” They couldn’t agree whether Ngannou knocked Gane out with a head kick or just hurt him temporarily. And whatever relationship they once had has certainly been frayed by Ngannou’s messy falling-out with his former coach — and Gane’s current coach at MMA Factory in Paris — Fernand Lopez.

None of that will really matter, though, Saturday night. Ngannou, the UFC heavyweight champion, and Gane, the interim champ, will fight to unify the UFC heavyweight title in the main event of UFC 270 at the Honda Center. The back-and-forth barbs will be decided in the Octagon. ESPN has Ngannou tied for No. 4 on its pound-for-pound top MMA fighters list. At heavyweight, ESPN ranks Ngannou No. 1 and Gane No. 2.

There are other storylines at play here, too. Ngannou would become a restricted free agent if he loses to Gane. He has indicated that he plans on venturing into the boxing world at some point. Even if Ngannou wins and holds on to the title, which would extend his contract, he has said that he does not plan on competing again under this current deal.

Ngannou (16-3) knocked out Stipe Miocic to win the UFC heavyweight title at UFC 260 last March. The Cameroon-born fighter has won five straight, all by KO/TKO. The 6-foot-4 Ngannou, 35, is considered one of the most fearsome power punchers in MMA history. Gane (10-0) won the interim heavyweight title by stopping Derrick Lewis via third-round TKO at UFC 265 in August. The French fighter is a perfect 7-0 in the UFC.

Gane, 31, is a former Muay Thai star and TKO heavyweight champion in MMA. He has said that he believes this fight will be about his technique against Ngannou’s power and strength.

In the co-main event, Brandon Moreno defends his UFC flyweight title against former champ Deiveson Figueiredo in a trilogy bout. Moreno (19-5-2), the UFC’s first Mexican-born champion, beat Figueiredo (20-2-1) by third-round submission at UFC 263 in June to win the title. The two fought to a draw in their first meeting at UFC 256 in December 2020. Moreno is ranked No. 8 on ESPN’s pound-for-pound list. He is ranked No. 1 at flyweight, with Figueiredo slotted at No. 2.

Follow along as Brett Okamoto, Marc Raimondi and Jeff Wagenheim recap the action, or watch the fights live on ESPN+ PPV.