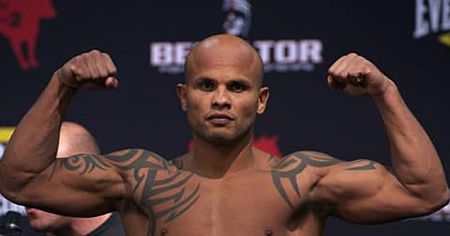 Falcao was stabbed multiple times in the stomach and in front of a bar and was taken to a hospital at around 3 a.m. local news outlet Gaucha ZH reported. The police told GZH that the case is currently being investigated.

In nearly two decades as a pro fighter, Falcao compiled a 40-20 record with one no-contest. He fought once under the UFC banner, defeating Gerald Harris by decision in 2010, and was released after it made the news that Falcao had been arrested in the past for allegedly assaulting a woman outside a night club.

“Big Rig” joined Bellator two years after his UFC release and won a middleweight grand prix, but came up short in a fight with Alexander Shlemenko for the vacant 185-pound title. Falcao was cut shortly after assaulting a woman in a gas station and being involved in a street fight.

Falcao fought all over the world after that, competing for companies like KSW, M-1 Global and Fight Nights Global, winning nine of 24 bouts in that span with notable wins over Igor Pokrajac, Jesse Taylor and Brett Cooper.