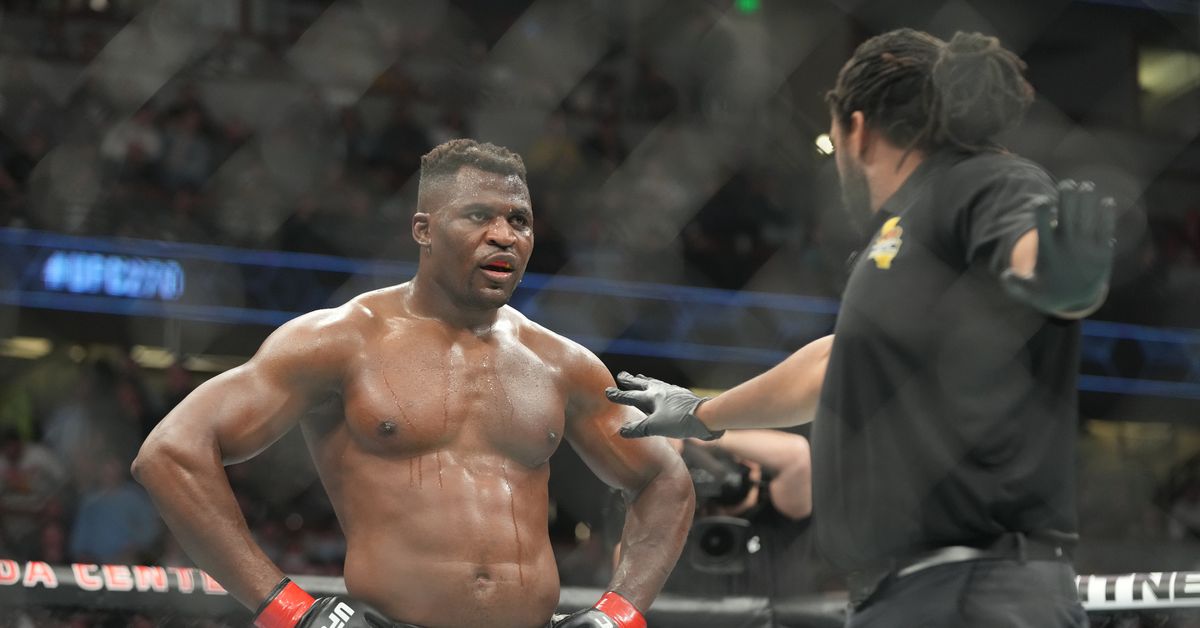 UFC heavyweight champion Francis Ngannou blew out his knee less than a month before his Ciryl Gane title fight, which topped the UFC 270 pay-per-view (PPV) event last Sat. night (Jan. 22, 2021) in Anaheim, California. But “The Predator” already gave up a sizable contract renewal ahead of his “Bon Gamin” grudge match and was just a few weeks away from winning his freedom, so Ngannou plowed ahead and managed to grind his way to a unanimous decision victory in “The Golden State.”

“I’ve been leaving a lot of money on the table, even since the Stipe (Miocic) fight,” Ngannou told The MMA Hour. “By now I might be down at least $7 million that I left on the table. I’m still happy with my $600,000 because I stood to fight for what I work for. Freedom doesn’t work with money. You give up one for one, whether you want freedom or whether you want money. You give up one to gain one.”

The outspoken Ngannou, no stranger to public pay disputes, insists he’s not holding out for a specific dollar amount and instead wants a contract that allows more flexibility. And by flexibility he undoubtedly means a boxing match against some of the top names in the “sweet science,” like current champion and longtime UFC troll Tyson Fury.

“This wasn’t just a fight, I was not just fighting in the Octagon, I was fighting for everything I stand for,” Ngannou continued. “It was way more beyond the fight, it was for my principles, for things that I believe in. That was the reason why I was fighting. Even when they were trying to reach out for a deal they came out with a good amount of money. I’m like, ‘At this point it doesn’t even matter.’ I left that all on the table. I don’t even care. I’m taking my six-hundred thousand, I’m going there, doing this, and I’m winning everything.”

UFC 270 marked the final fight on “The Predator’s” contract.

The promotion typically includes a championship clause in each of its contracts, which is expected to bind Ngannou to another title fight when he’s healthy and ready to return. How that situation plays out in light of these recent comments remains to be seen, but something tells me this won’t be a clean break, at least from a legal standpoint.